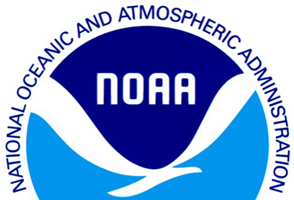 DCDC researchers will participate in the poster reception for the 6th Southwest Hydrometeorology Symposium being held September 27-28 at Arizona State University's Memorial Union. The two day event includes interactive climate and weather forecasting sessions that will focus on impacts of forecasts and feedback on how NOAA products are used. Topics for discussion will include drought, water resources, NOAA's climate services, and extreme weather events including, but not limited, to excessive heat, severe thunderstorms, flash flooding, dust storms, and hail. Providers and users of weather and climate information will be given a forum at this Symposium with the goal to 1) improve in product usefulness to the user communities and 2) discover/address information gaps which currently exist between providers and customers.

DCDC posters on display include:

In line with DCDC's Water/Climate Briefing theme for 2011-2012, "The Psychology of Environmental Decision-Making," American Psychologist, the flagship journal of the American Psychological Association (APA), published a special issue on Psychology and Global Climate Change. The May-June 2011 issue contains seven peer-reviewed articles that are based upon and update the contents of a 2009 APA task force report. All eight of the task force members, who work in a variety of areas across psychology, contributed to the writing of the articles in the special issue. 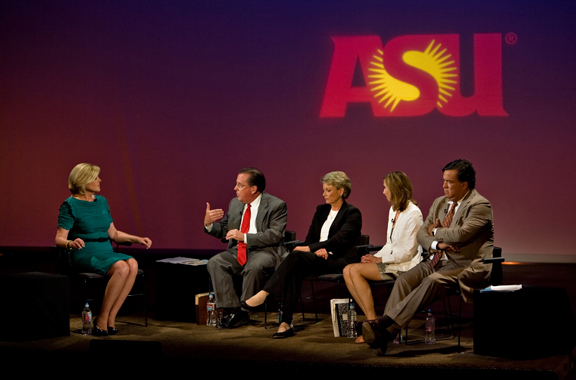 Water – its scarcity and adapting to its future – took center stage in the thirsty Southwest at Arizona State University, Aug. 25, for a town hall videotaped by NBC Learn. The fast-paced event will be broadcast in November on The Weather Channel and featured in the December issue of Discover magazine.

Each year in the United States, natural and man-made disasters cause hundreds of deaths and cost billions of dollars by destroying homes and critical infrastructure as well as disrupting commerce. Arizona’s water supply is vulnerable to hazards such as long-term drought and the effects of climate change, which is likely to lead to a warmer and drier climate in the region and potentially reduced water supply for Arizona. Decision Center for a Desert City (DCDC) was invited by the National Science Foundation to display our decision making under uncertainty research at the Showcase of NSF-Funded Hazards Research on September 6-7, 2011 at the Hart Senate Office Building in Washington, D.C. Introductory remarks were provided by Florida Senator Bill Nelson of the Congressional Hazards Caucus.

This event highlighted the extensive research into natural and human-induced hazards and human responses related to hazardous events and showcased NSF-funded basic research in recognition of National Preparedness Month in September and in light of the recent East Coast earthquake and hurricane. Interactive demonstrations illustrated the power and potential of new tools that enable policymakers and response teams on the federal, state, and local levels to better predict, prepare for, mitigate and respond to hazards that affect human life and property. DCDC Co-PI and Associate Director Dave White presented an exhibit at the event showcasing DCDC’s research, education, and outreach focused on water sustainability and urban climate adaptation. At the event, White demonstrated a mobile application of the DCDC WaterSim model, which is used to investigate how alternative climate conditions, rates of population growth, and policy choices interact to affect future water supply and demand conditions in Phoenix. Visitors, including congressional staffers, NSF staff, and members of the public, explored alternative scenarios and discussed the interactions and tradeoffs among environmental services, social equity and economic well being. The interactive demonstration illustrated the potential and power of tools such as WaterSim that enable scientists, policymakers, and others to better understand, predict, prepare for, mitigate, and respond to hazards that affect sustainability. The two-day event began on September 6 at the National Science Foundation in Arlington, VA with the final exhibit on September 7 at the Senate Hart Office Building where congressional members and their staff learned about DCDC research.

Do we have ample supply for Arizona's needs today and tomorrow? Are we in a current water crisis? And, if so, what's being done and what should be done?