Should sustainability and resilience be combined or remain distinct pursuits?

A recent publication in Ecology and Society by DCDC co-director, Chuck Redman, explores whether sustainability and resilience should be combined or remain distinct pursuits. 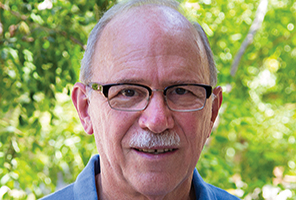 It has become common for sustainability science and resilience theory to be considered as complementary approaches. Occasionally the terms have been used interchangeably. Although these two approaches share some working principles and objectives, they also are based on some distinct assumptions about the operation of systems and how we can best guide these systems into the future. Each approach would benefit from some scholars keeping sustainability science and resilience theory separate and focusing on further developing their distinctiveness and other scholars continuing to explore them in combination. Three areas of research in which following different procedures might be beneficial are whether to prioritize outcomes or system dynamics, how best to take advantage of community input, and increasing the use of knowledge of the past as a laboratory for potential innovations.

The history and archaeology of the past 10,000 years have shown countless examples of people, as individuals, small groups, and increasingly large organizational units, facing changing conditions, serious stresses, and unexpected shocks. Although the geographic scale of modern challenges appears to dwarf historical challenges, systemic shocks experienced by people in the past were just as daunting. Taking a big-picture perspective, people and societies have been amazingly successful in responding to challenges. By most objective measures, the human career to this point has been a great success!

If one takes a simple view of history, it is easy to argue that our society as it has developed will continue well into the future. This success has been achieved through adaptation and occasional transformations that, in virtually all cases, have exacerbated the divide between rich and poor and often led to further degradation of the environmental resources that both groups depend upon. Modest refinements or more efficient approaches to the challenges facing us will not reverse or alter this trajectory. Business as usual will perpetuate aspects of society we find socially undesirable and threaten the capacity of the Earth’s systems. We need to implement more sweeping, transformative changes in the way we interact with each other as well as with the surrounding built and natural environment.

If we need to transform our social-ecological systems to achieve a resilient and/or sustainable world, then we also need scientists to change their way of doing business. Unsurprisingly, personal and societal values influence scientists as they incorporate ethical ideals and approaches into their work. In my own research into future trajectories for urbanization, the ideas of sustainable cities and resilient cities have strong followings. In fact, it has been often suggested to me that for cities to be sustainable they must be resilient. Others argue that sustainable cities of the future will be "smart" cities (Harrison et al. 2010, Calabrese et al. 2011). Both Ecology and Society 19(2): 37 approaches have merits, and combining them may be the best option. However, a closer look at the mechanics proposed for smart cities, increasing energy and material efficiencies through highly interconnected information and decision systems, suggests an inflexibility and extreme hypercoherence that resilience theorists have often warned against (Holling and Gunderson 2002). Smart cities are unlikely to be more just cities, thus failing to achieve a key sustainability indicator. Urban planners and decision makers should assess the potential benefits to each approach, working through their implications in a holistic and consistent way. Toward that end, we must rigorously pursue adoption of distinct resilience and sustainability approaches, as well as combinations of the two, allowing each approach to contribute in ways that reflect its strengths.

View the entire article online at Ecology and Society.