How could we reduce and reuse waste?

A central theme of this scenario is resource self-sufficiency and reuse of energy, water, and material waste. Decentralized solar energy, aggressive targets for water conservation, capture, and recycling along with adaptive reuse of resources, such as building materials help facilitate a self-sufficient desert city.

Iconic changes in this future include gradual increases in urban density, urban agriculture, and water recycling. Simultaneously, waste diversion programs are expanded and accelerated that by 2060, 100% of urban waste is diverted from the landfill and reinvested into the community through composting, recycling, adaptive reuse of materials, and other creative reuse mechanisms. 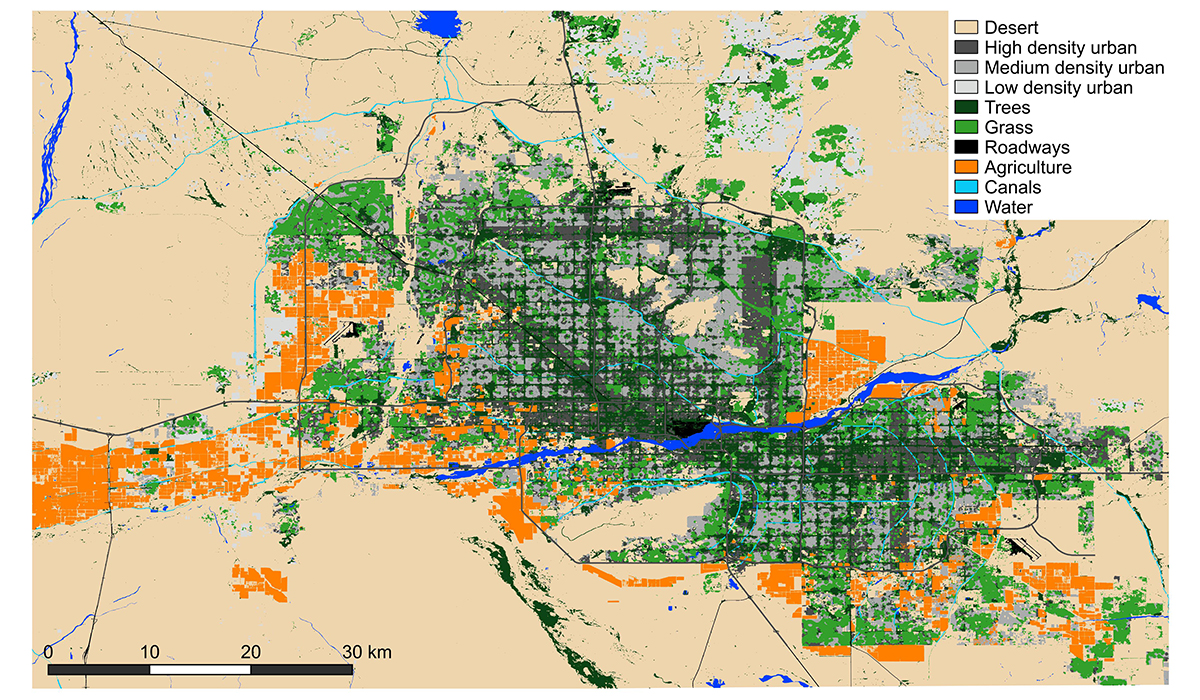 Urban density is concentrated in designated urban cores and along transportation corridors. The transportation networks, that are lined with green infrastructure have been extended to currently underserved areas. Urban agriculture is ubiquitous throughout the city. Overall, there is less asphalt and more trees, vegetation, and alternative transportation pathways in this future. 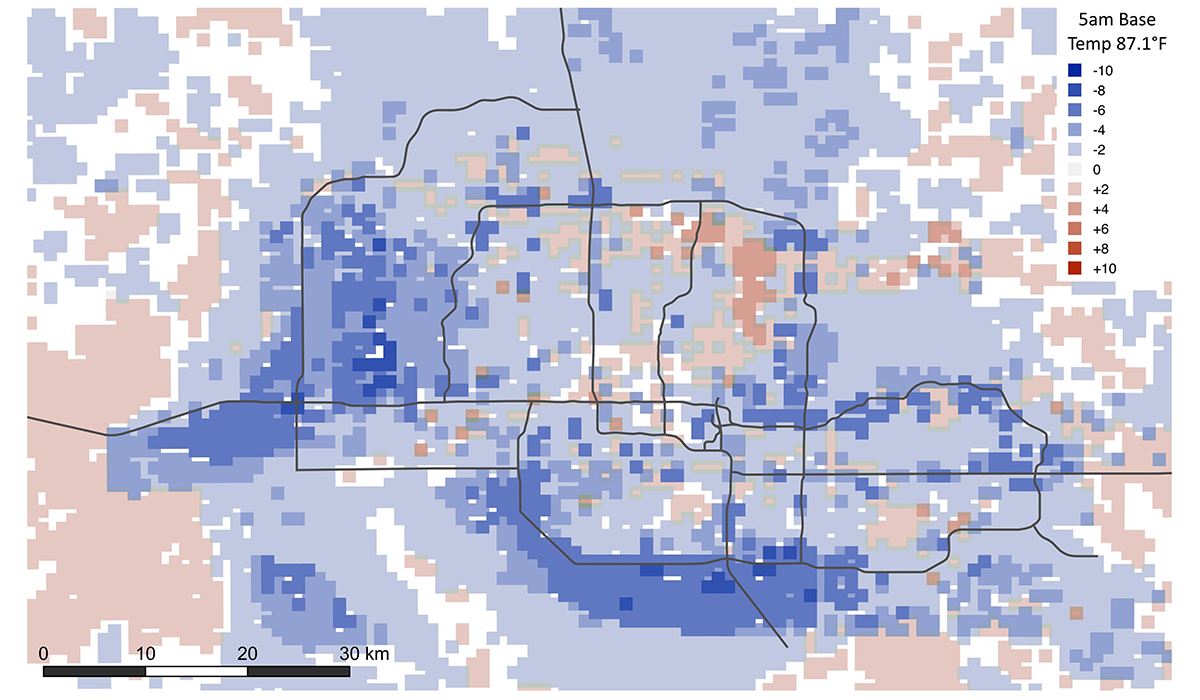 Regional temperatures are cooler in this future primarily due to decreased sprawl and large increases in vegetation and distributed agriculture throughout the city. 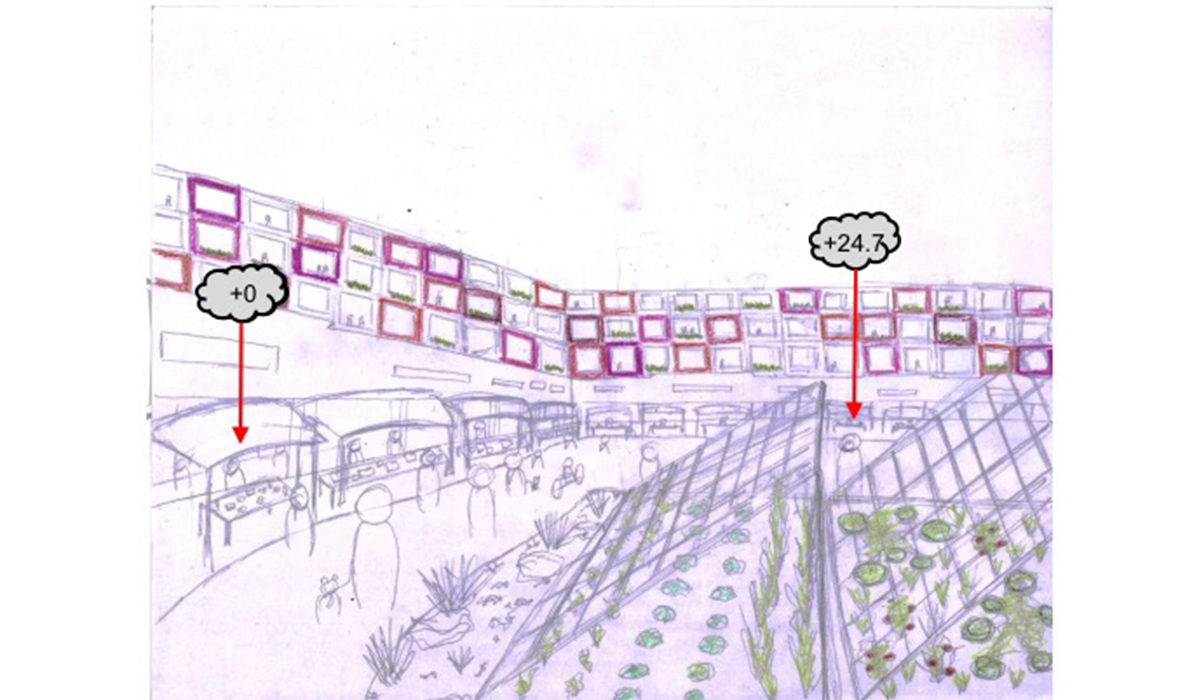 The base temperature in this rendering is 115.2°F. Temperatures vary depending on level of shading and proximity to heat retaining materials (e.g., asphalt). Adaptive reuse of resources and materials is a primary mechanism to reduce waste; instead of bulldozing and rebuilding, additions and alterations are made to existing structures. For example, this rendering highlights the transformation of a traditional Phoenix Valley strip mall into a mixed use activity hub with shipping container apartments surrounding a community garden that previously functioned as a parking lot. 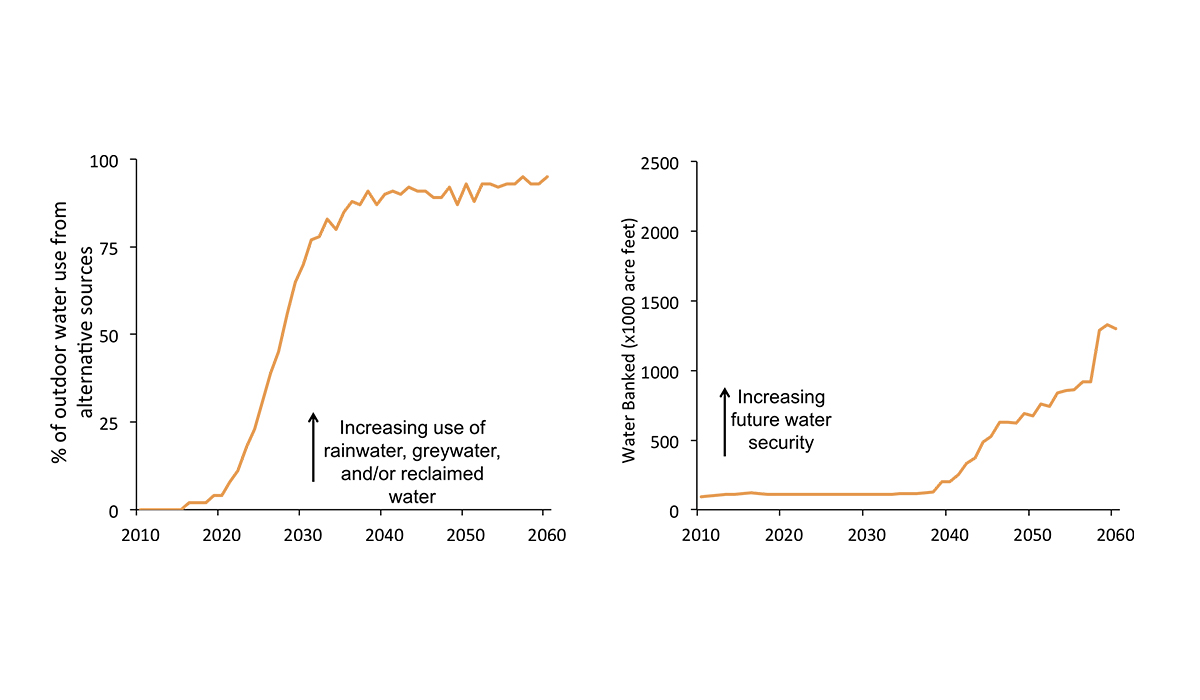 Aggressive water conservation, capture, reuse, and recycling support water needs across the urban area. Gardens, as well as all vegetation in this future, are nourished by the neighborhood composting and watered by residential greywater administered through a “smart” irrigation system. Nearly 100% of outdoor water use comes from alternative sources. At around 2040, this future rapidly increases its water banking activity and thus increases its future water security.