What is a locust?

There are thousands of grasshopper species but only a handful of those are considered locusts. When conditions are favorable, the unique biology of locusts allows them to shift from a solitary to a gregarious (or swarming) phase. Often, this transition is initiated by rainfall in otherwise dry places where resulting plant growth fuels locust population growth. The resulting crowding then triggers individuals to change phases, altering their color, physiology, and behavior.

Scientists call this ability of locusts to change phases “phase polyphenism”, an extreme type of phenotypic plasticity. In their gregarious phase, locusts are attracted to each other and aggregate into massive swarms, which can migrate thousands of miles. Locusts are voracious eaters! Each locust can eat it’s own body weight in food a day and cummulatively these many millions of hungry insects can decimate agricultural and pasture land with very little warning. 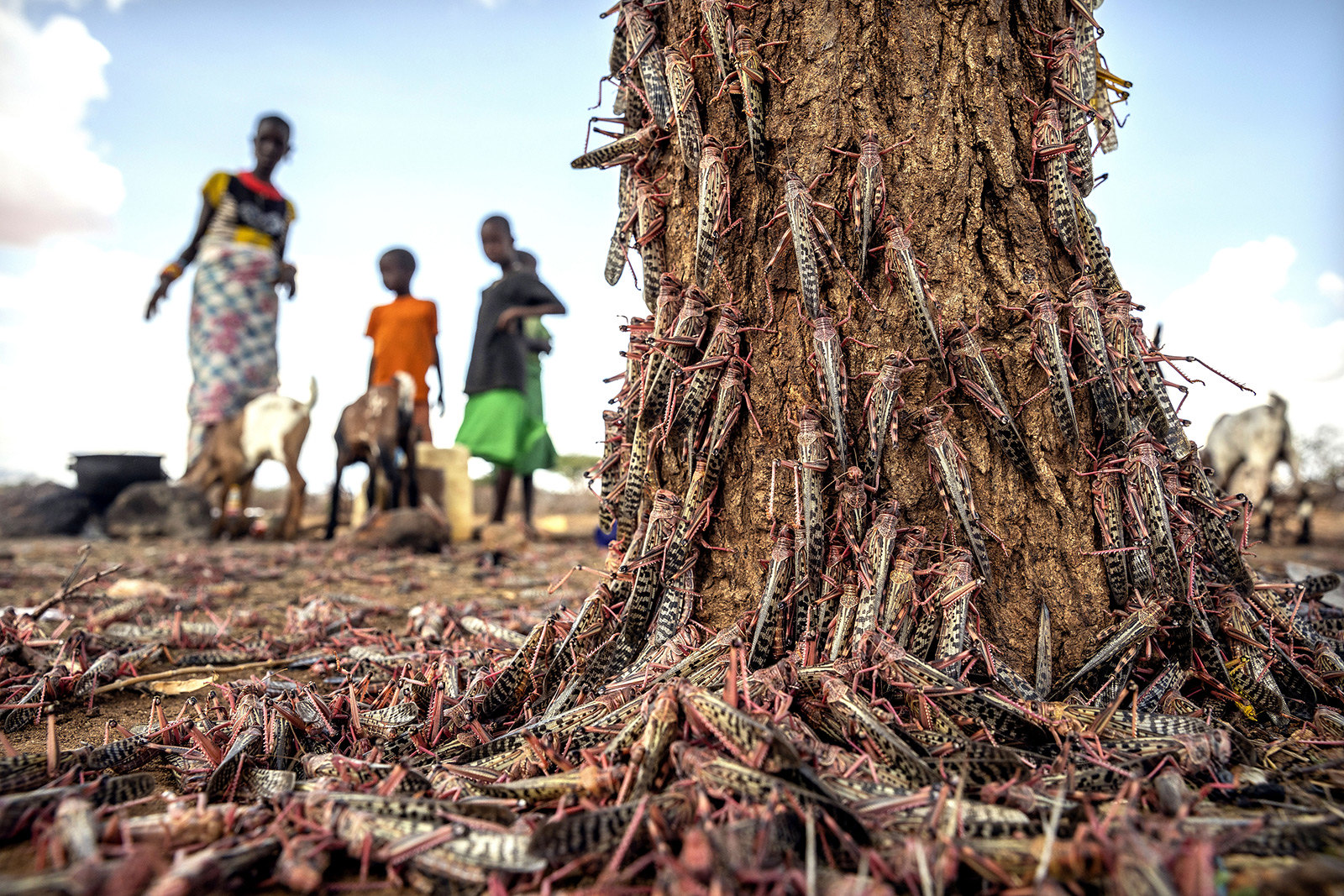 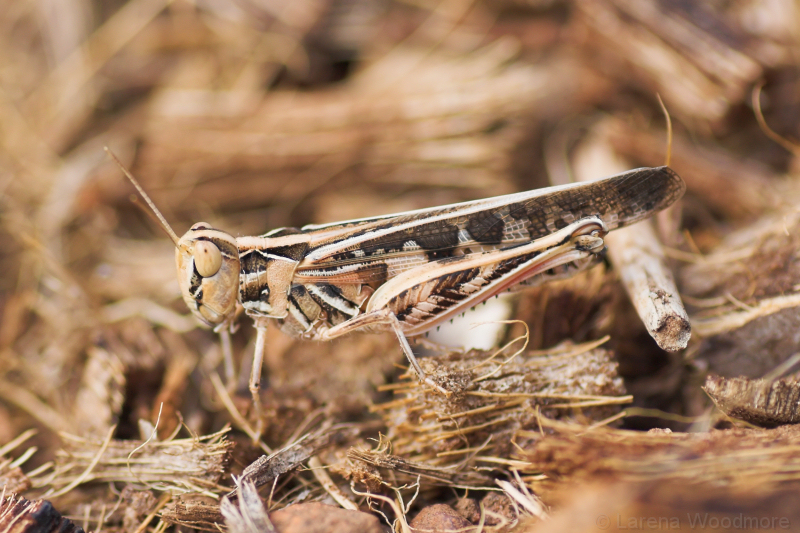 The Australian Plague Locust is widespread on the mainland of Australia. Their frequent outbreaks and ability to produce several generations a year make it a notorious pest species.

In India, the Bombay Locust was as infamous as the Desert Locust. Widespread swarms haven’t been seen since 1927 and large outbreaks have never occurred outside of India. However, this species is still considered an economically significant agricultural pest in Southeast Asia. 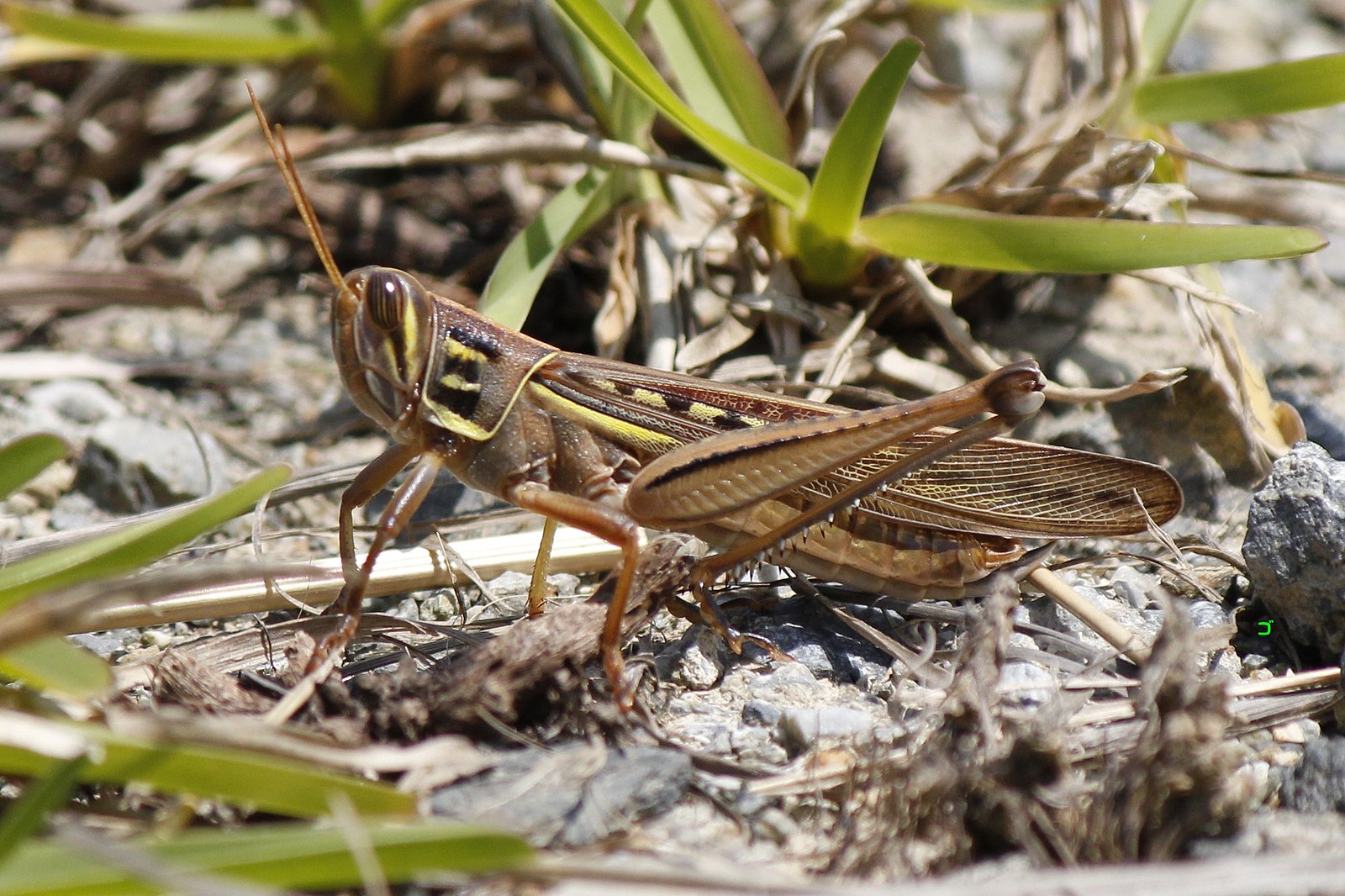 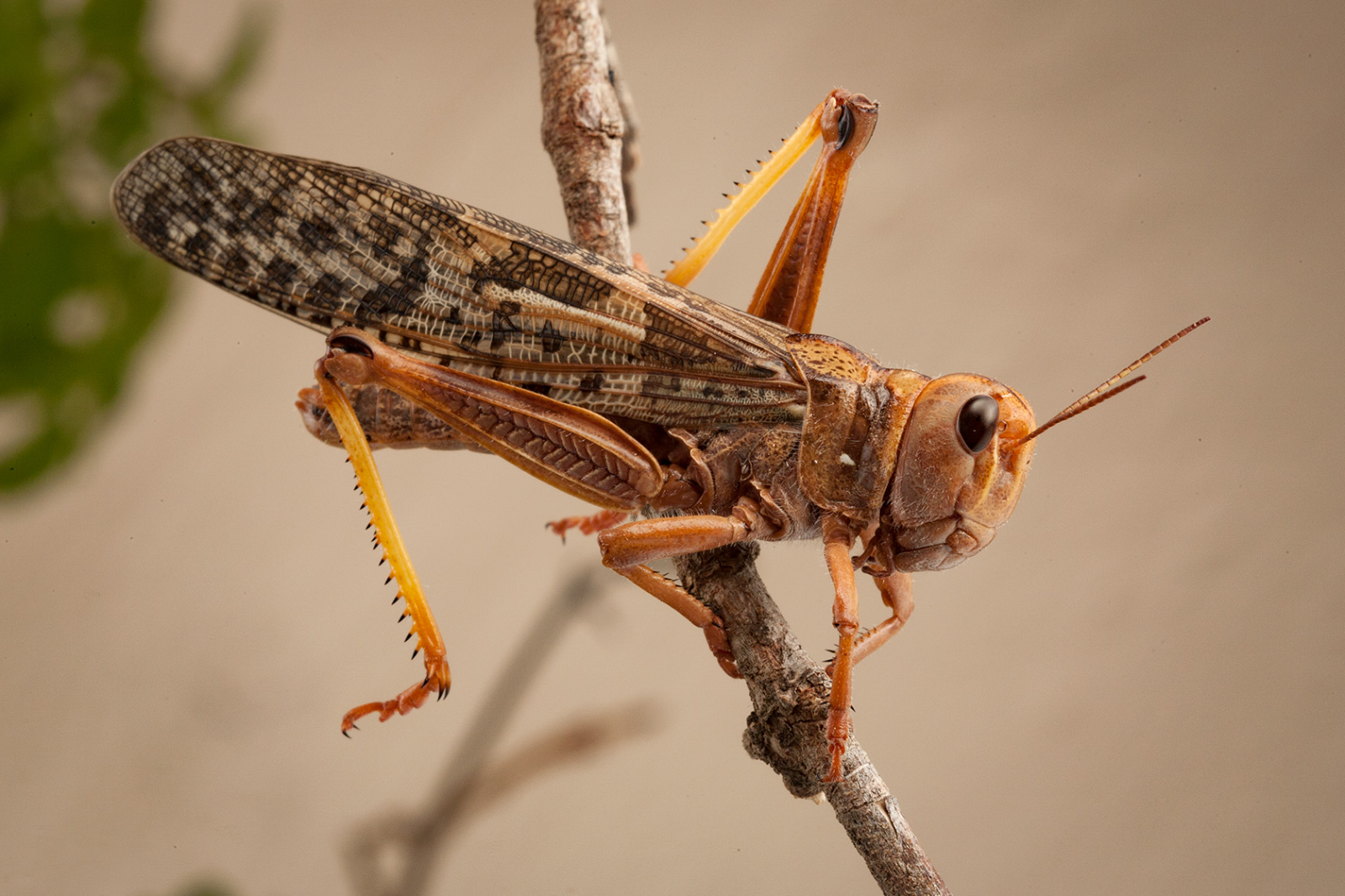 The Brown Locust is a significant and frequent agricultural pest in Southern Africa. Its main breeding and outbreak area is the semi-arid Karoo region which includes parts of South Africa and Namibia. A notable outbreak in 1985–86 cost South Africa an equivalent of 25 million USD. Since then, regular outbreaks continue to cost millions of dollars to manage. 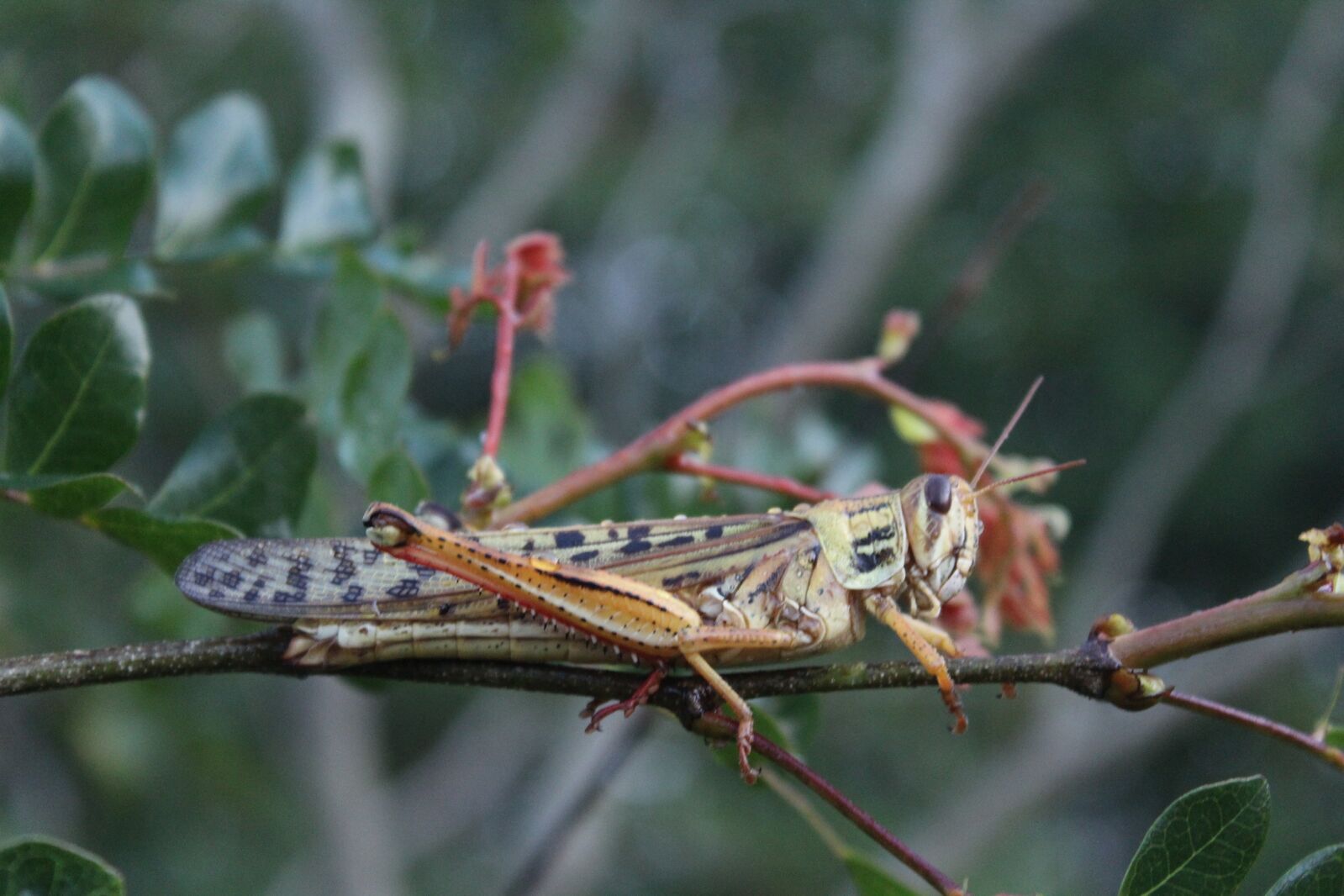 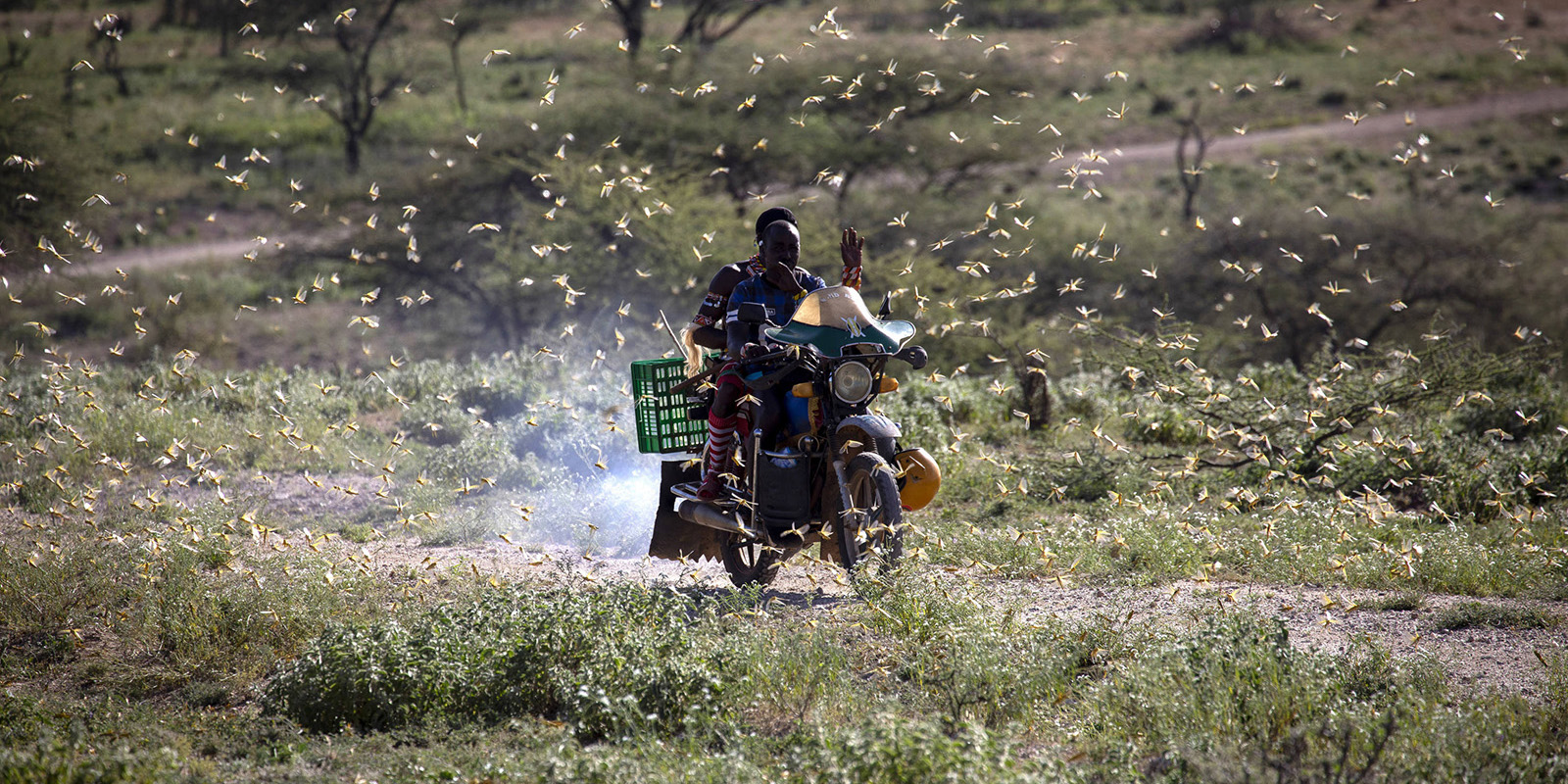 The Desert Locust is a notorious agricultural pest that has plagued farmers for millennia. Today it impacts over 60 countries. In 2019–2022 a major outbreak caused extensive damage in the Greater Horn of Africa, the Arabian Peninsula, and parts of southwest Asia. By August 2021, over 2.2 million hectares of land has been treated to control the Desert Locust and the FAO calculates interventions saved USD 1.7 billion in crop and milk production.

The Italian Locust is found throughout western Europe and central Asia. This species has been reported as a pest since medieval times and outbreaks still occur commonly today. In the Siberian steppe this locust can reach densities of over 20 million individuals per hectare. 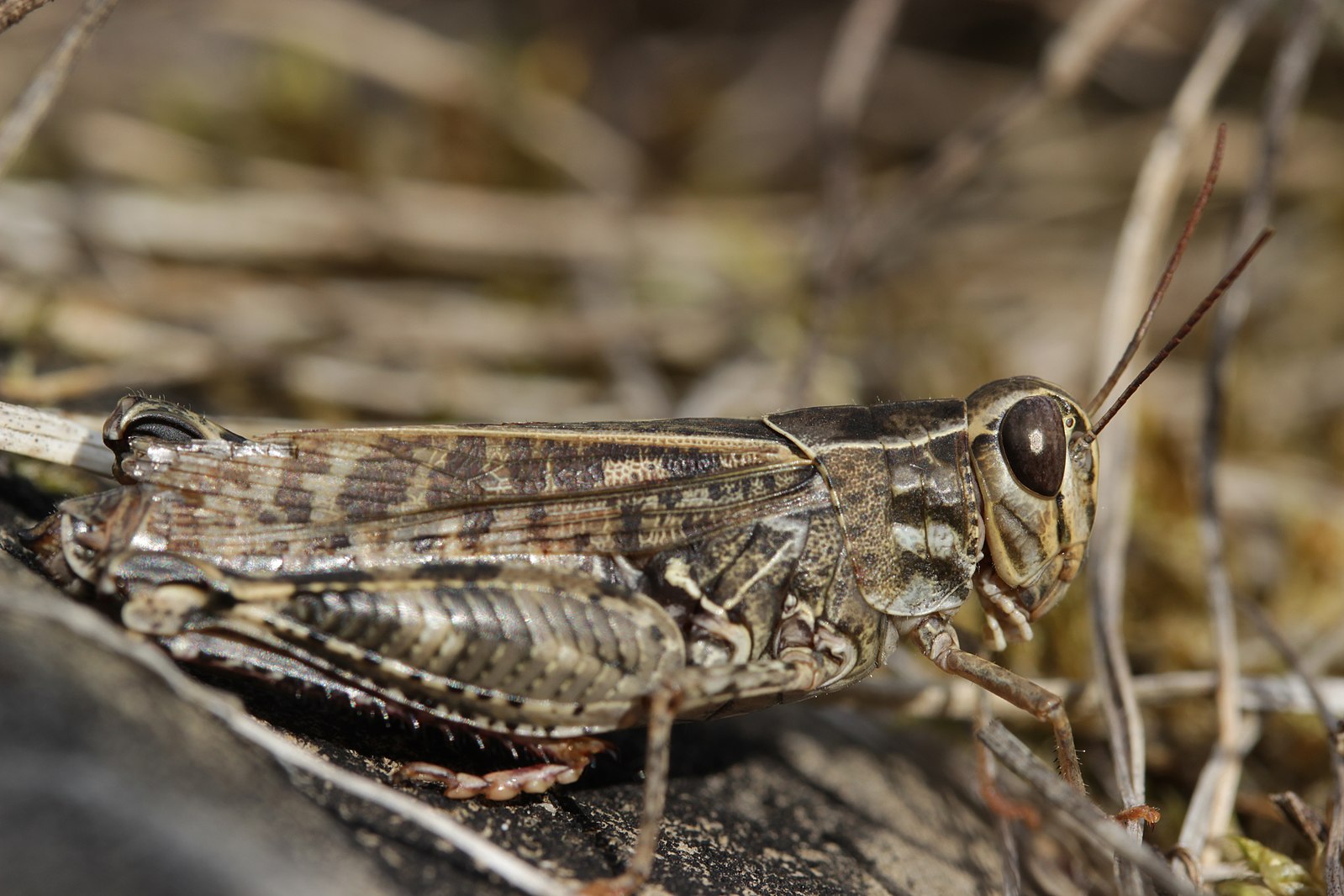 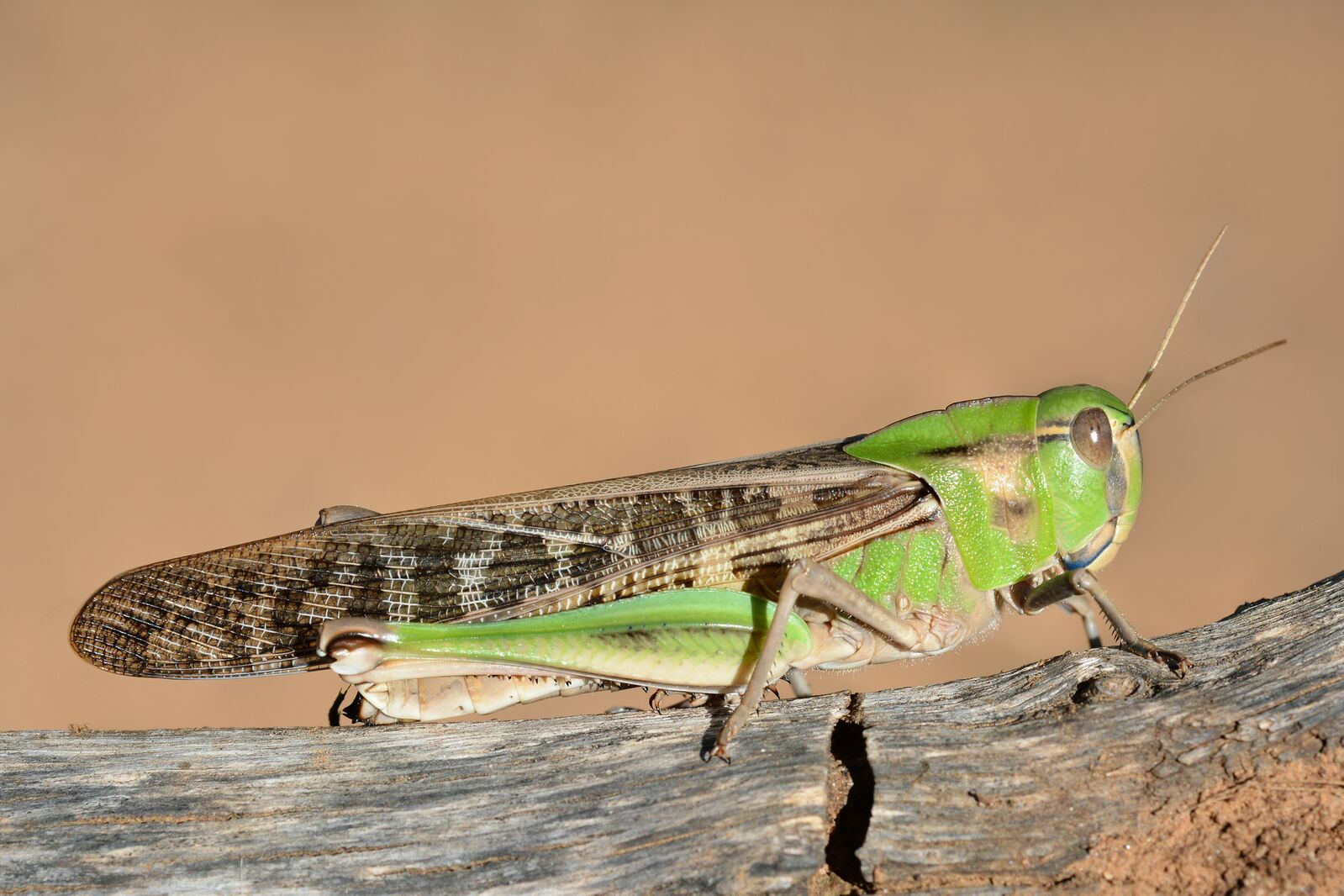 The Migratory Locust is the most widely distributed grasshopper species in the world; present across the entire temperate and tropical Eastern Hemisphere. In China, records of Migratory Locust plagues go back to 200 BC. Today it is one of the most important agricultural pests in Russia, Kazakhstan, and Uzbekistan.

The Mongolian Locust was not considered an agricultural pest until the 1970s. In recent decades it has shown great ability to devastate grassland productivity across the northern Eurasian steppe. The increase in outbreaks may be due to the rise of livestock grazing in Inner Mongolia. 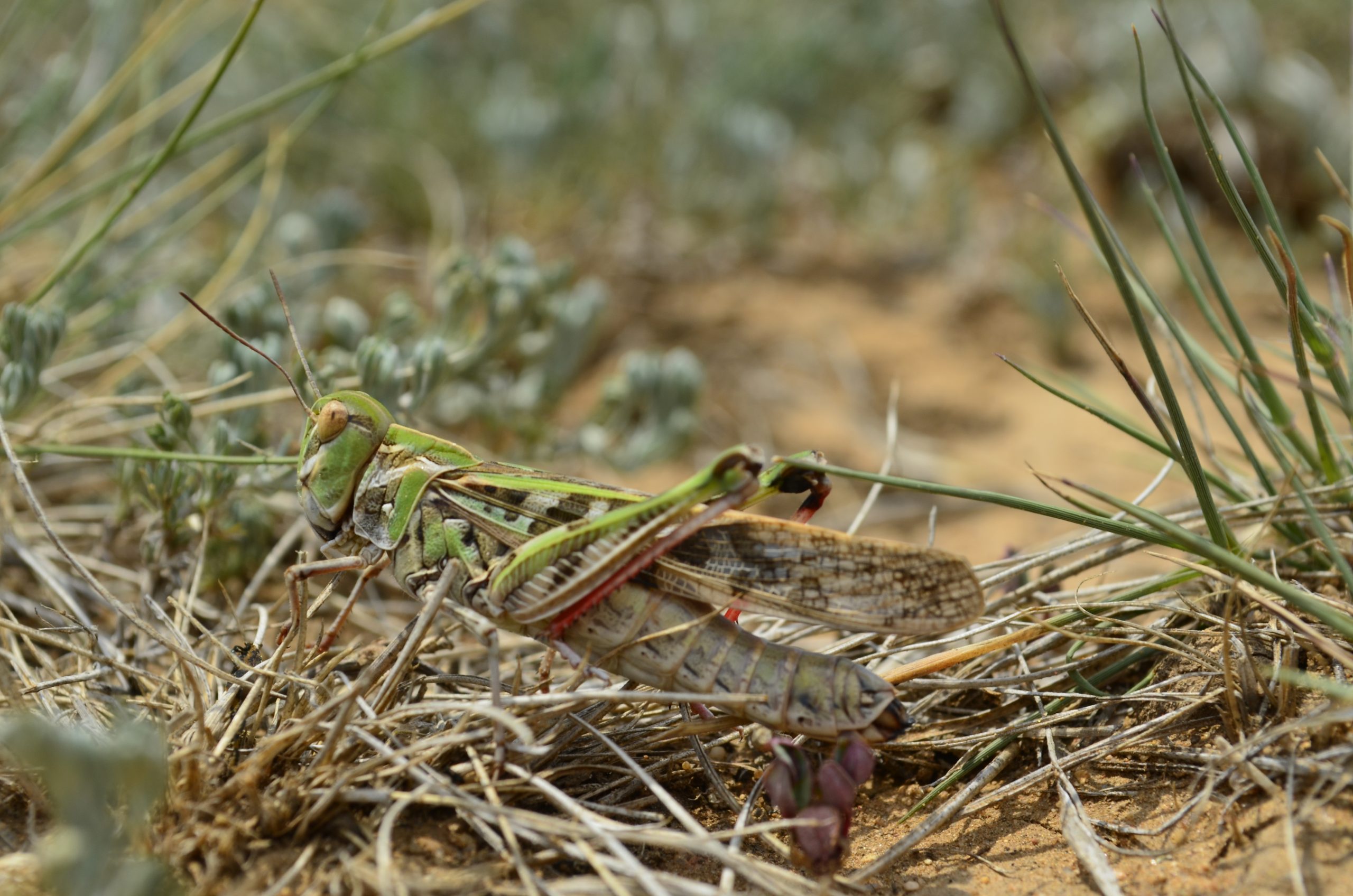 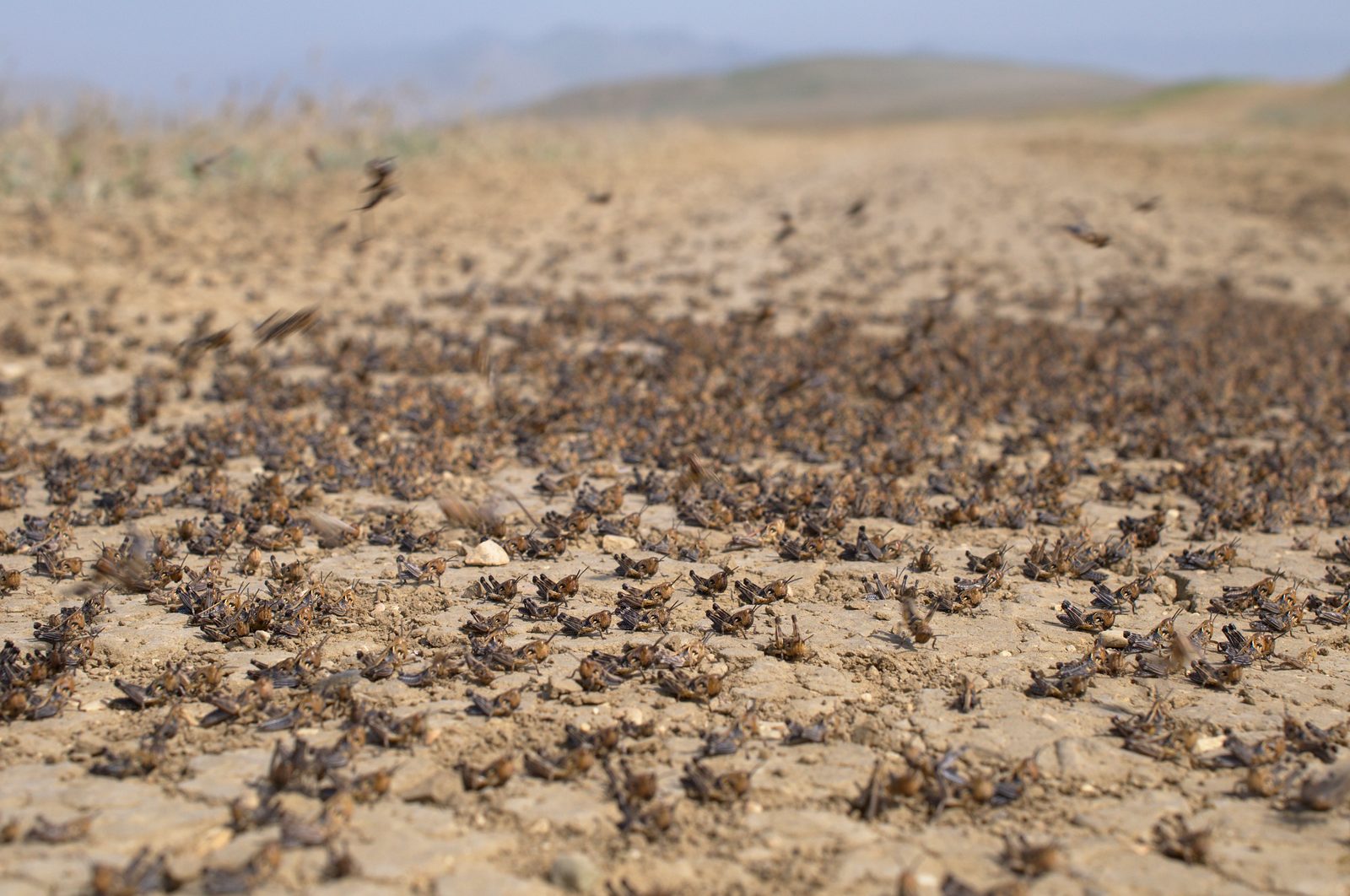 The Moroccan Locust was potentially the species whose spectacular plagues were described in the Bible. In modern times, crop damage from these insects has been reported in more than 25 countries although it is generally decreasing, likely because croplands are replacing locust habitat.

The Red Locust is found in sub-Saharan Africa. The last great invasion (1929–1944) affected most African countries south of the equator. Today its outbreaks are frequent but mostly limited to specific grasslands and seasonal floodplains located in Malawi, Mozambique, Tanzania, Zambia, and a lesser extent in southern Madagascar. Important breeding areas are the central Niger delta in Mali and the southern shores of Lake Chad. A large outbreak occurred between 1994 and 1996, and more recently in 2009 costing 2 million USD at the time. 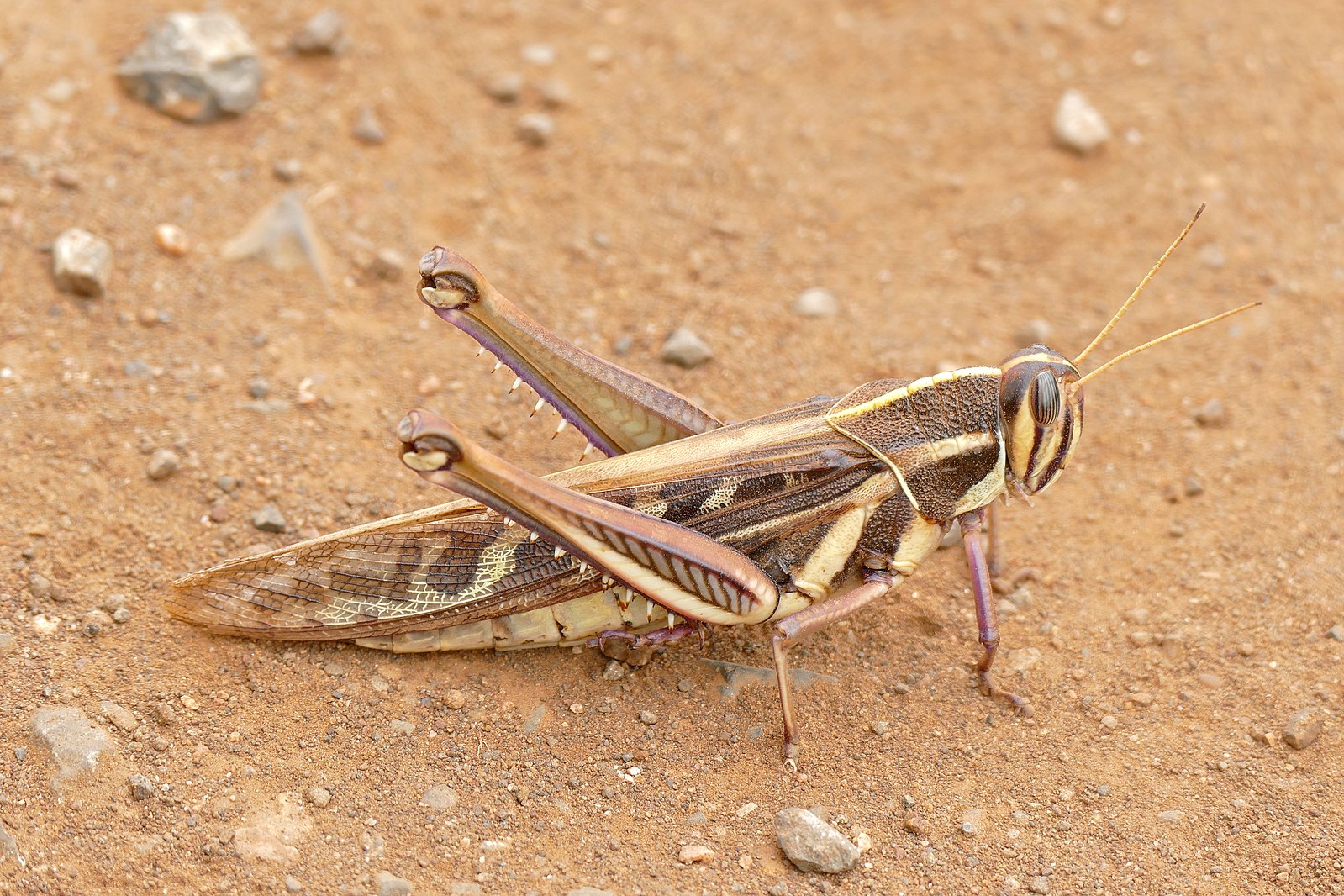 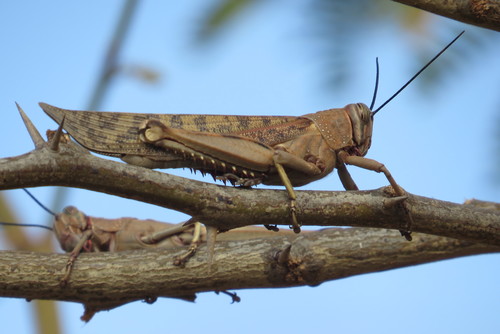 The Sahelian Tree Locust is primarily a tree pest and has a large impact on gum arabic, a traditional rain-fed crop of Sudan and South Sudan. Damage by locusts has been known to delay tree tapping for several months and reduce gum arabic yields by half, plummeting earnings for producers in the North Kordofan State of Sudan.

The Senegalese Grasshopper exhibits locust-like characteristics like group migration and density-dependent color change. It was not reported as a pest until the 1970s when, along with other grasshoppers, it infested 3.5 million hectares in West Africa and caused the loss of 368,000 tons of agricultural production. Today it is considered a major pest in the Sahel where it regularly dominates grasshopper communities and damages subsistence crops. 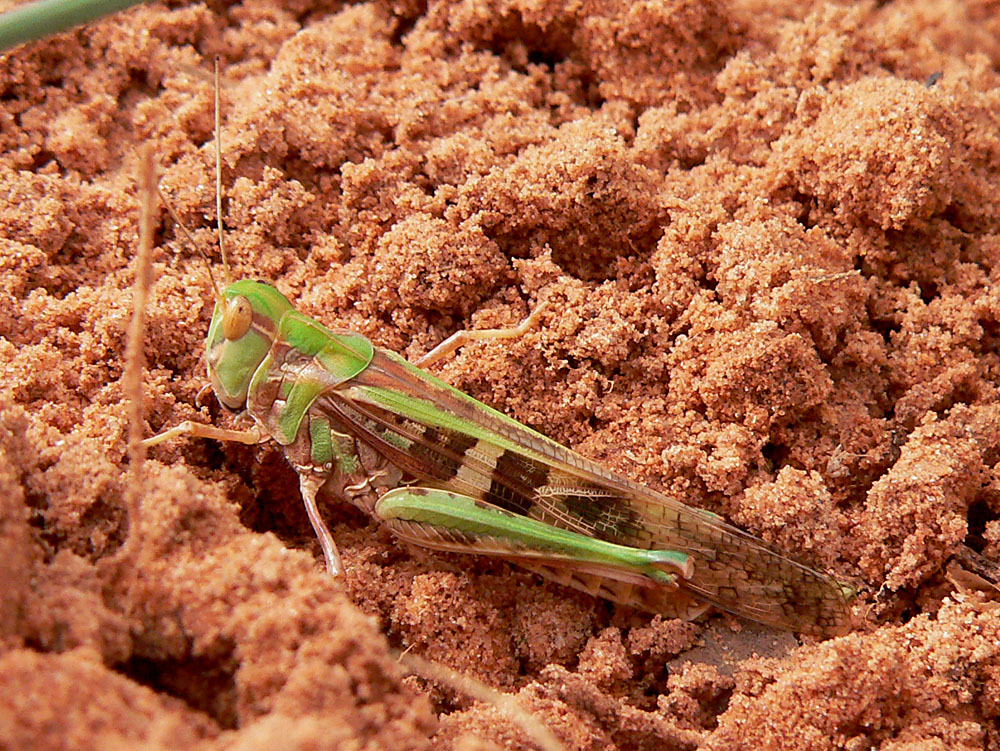 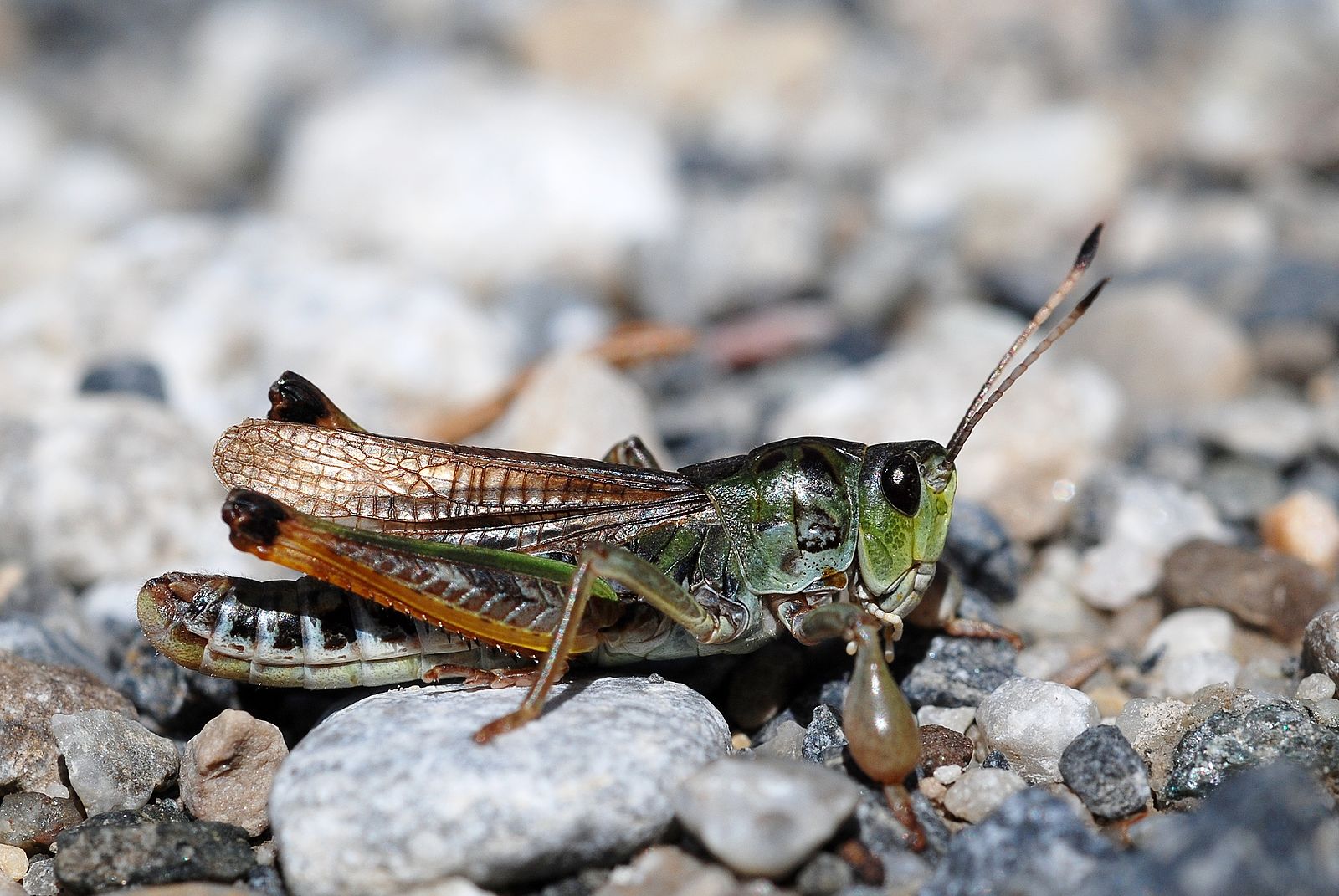 The Siberian Locust is one of the most serious agricultural pests in the eastern regions of Europe. Especially the southern forest, forest-steppe, and steppe zones of Kazakhstan and Siberia. It also is an important pest in the Xinjiang province of northwestern China.

After 60 years of recession, a large upsurge of the South American Locust began in 2015, spurring states of national emergency in Argentina, Bolivia, Paraguay, Uruguay, and Brazil and a necessitating the re-development of management infrastructure on the continent. 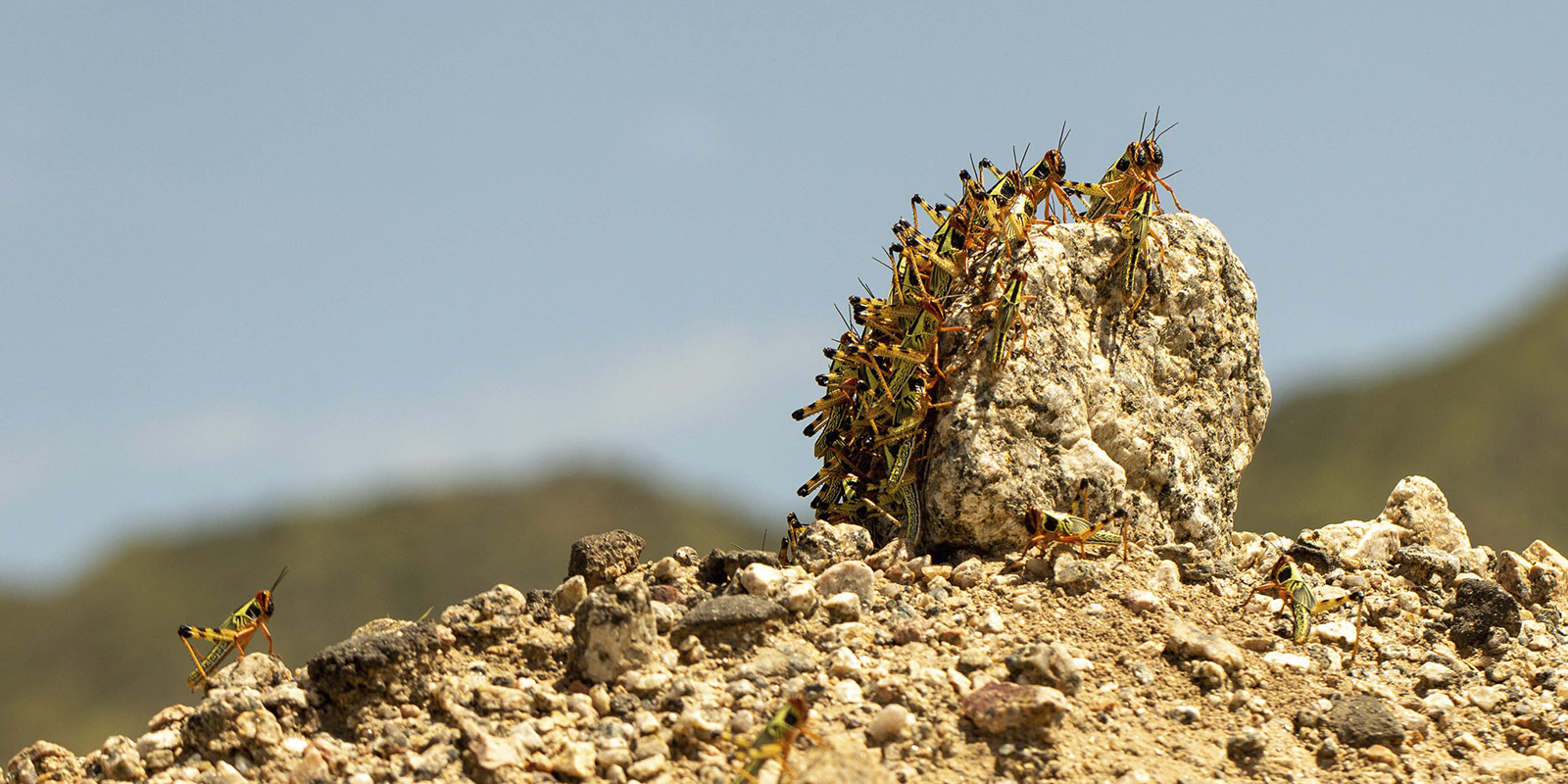 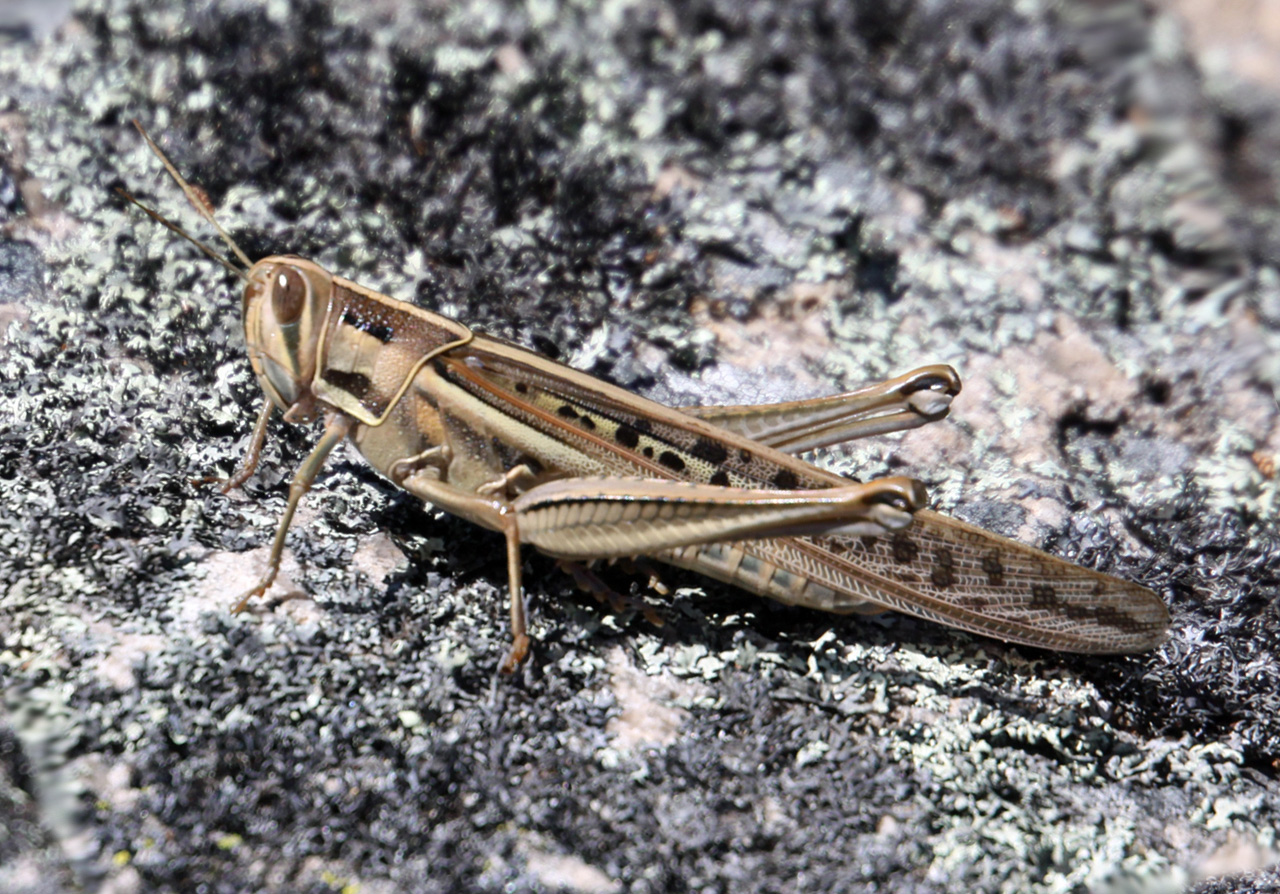 The Spur-Throated Locust is common in southwestern Australia but typically only swarms above 25 degrees S latitude. Although it is less important economically, once it surpasses a threshold of around 20 nymphs or 3 adults per m2 it is can be damaging to crops.

The Sudan Plague Locust can be an agricultural pest throughout its wide range from the deserts of the Sahel to South Asia. It has the most devastating impact on cereal crops in Sudan. This locust forms impressive swarms and can migrate long distances following the winds of the Intertropical Convergence Zone. 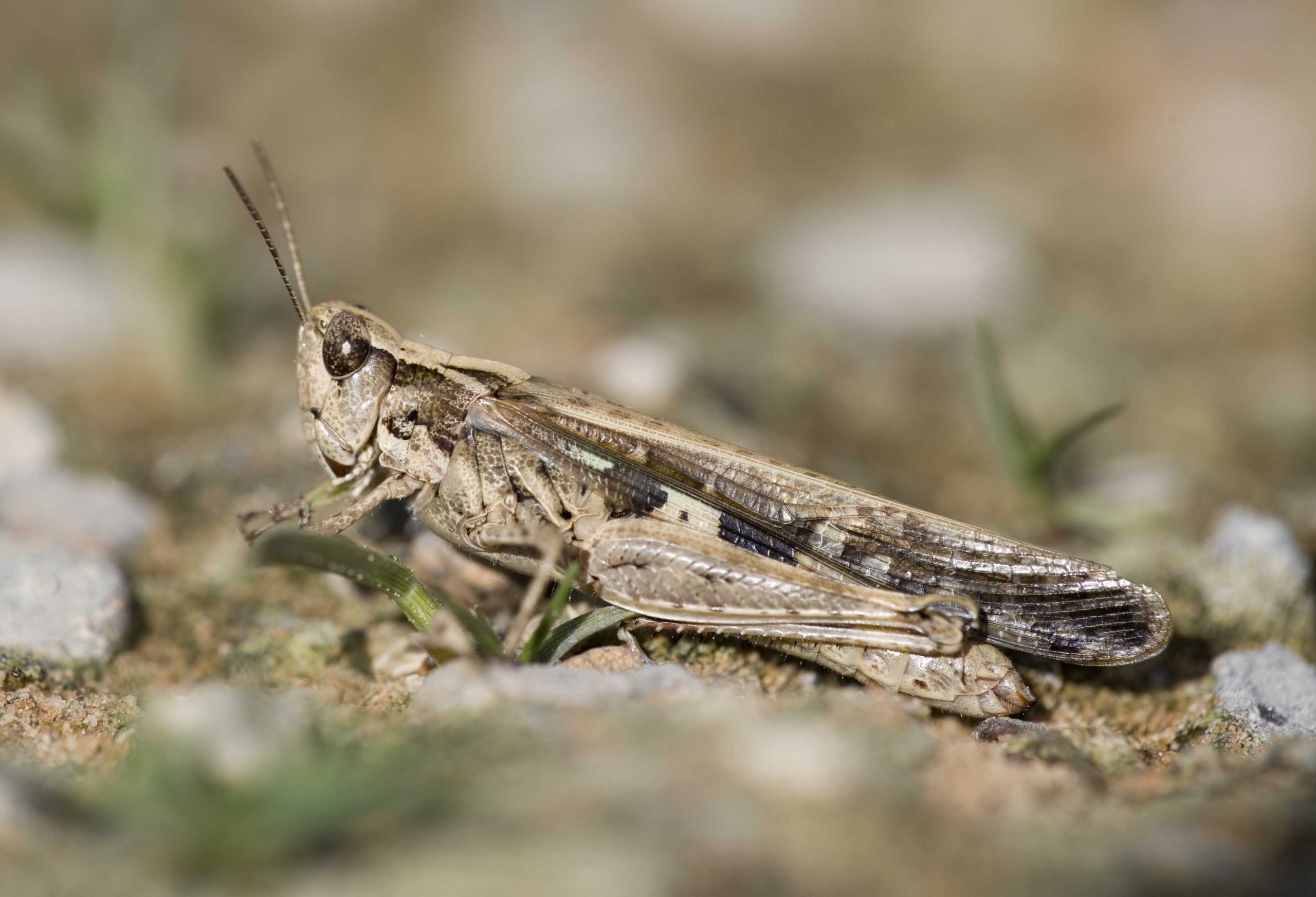 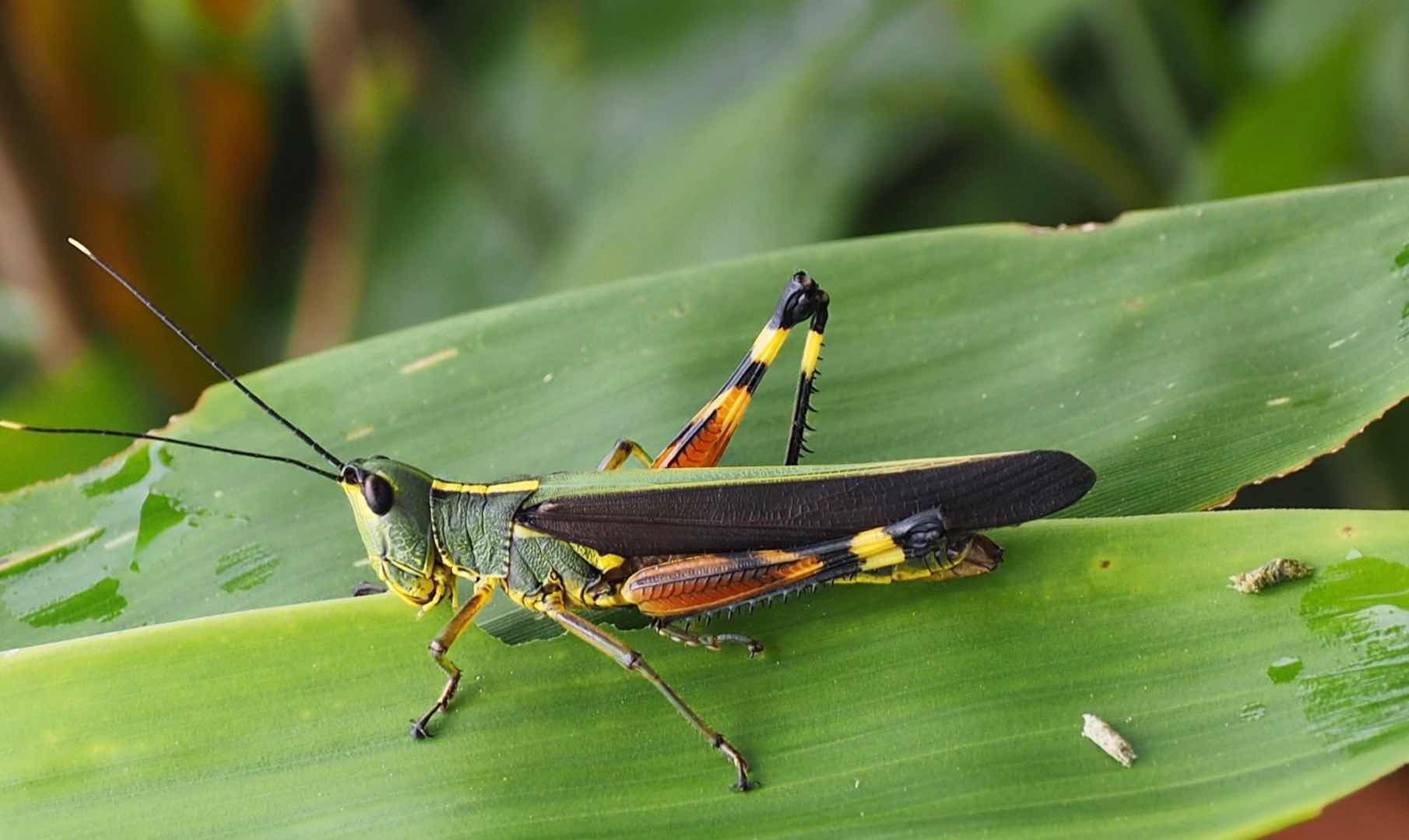 The Yellow-spined Bamboo Locust is an economically important pest in South China, especially the Hunan province. It can also be found in India, Thailand, Vietnam, and Laos where an unprecedented outbreak impacted 20,000 people in 2015.

The Yellow-winged Locust is distributed through areas that receive summer rainfall in Australia. Periodic outbreaks in recent decades have damaged pastures but only at local scales. Historically, plagues tied to abundant rainfall decimated farms and gardens. 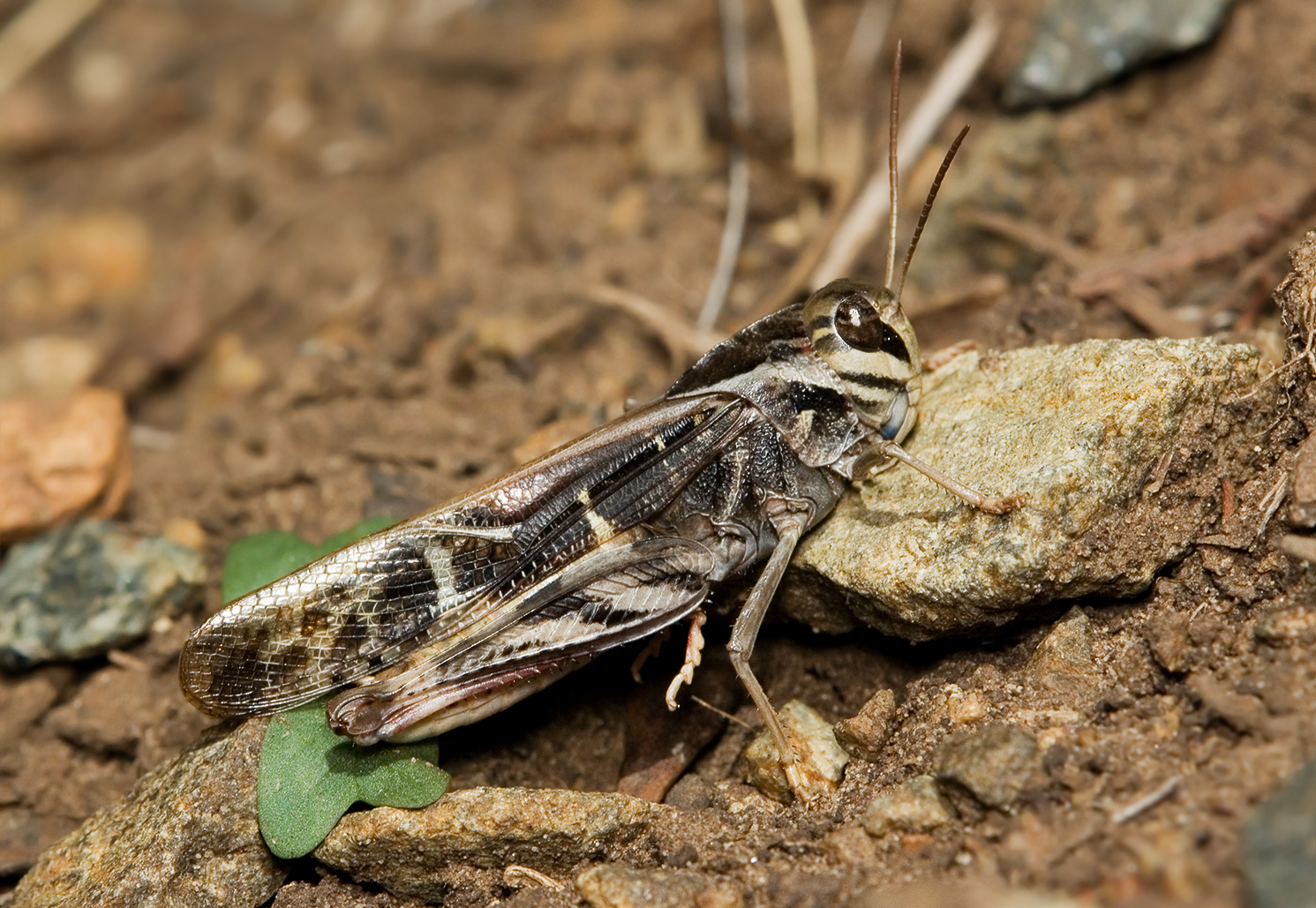 To learn more about each species check out: