The WE Empower UN SDG Challenge

The WE Empower Challenge is the first of its kind, a global business competition to honor, support and celebrate women entrepreneurs who are advancing the United Nations Sustainable Development Goals and inspiring entire communities to create the world we want by 2030.

Five awardees, one from each of five UN Regional Blocks, will be chosen to receive an all-expenses paid trip to New York during the UN Global Goals week (18 – 27 September 2020) to participate in a series of tailored trainings and events. 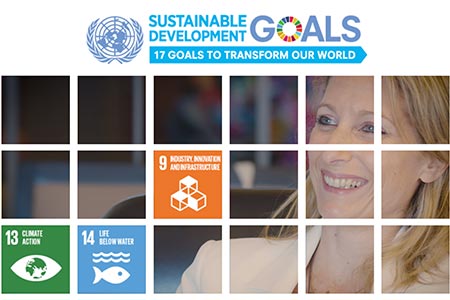 Women business owners have a multiplier impact on their staff, their customers and their broader communities. Global initiatives such as the World Bank’s Women, Business and the Law project support and guide women business owners to help advance gender equality

Research from McKinsey demonstrates as much as $12 – $28 Trillion could be added to the global economy by 2025 if all countries bridged the gender gap. Women entrepreneurs play a critical role in global wealth creation.