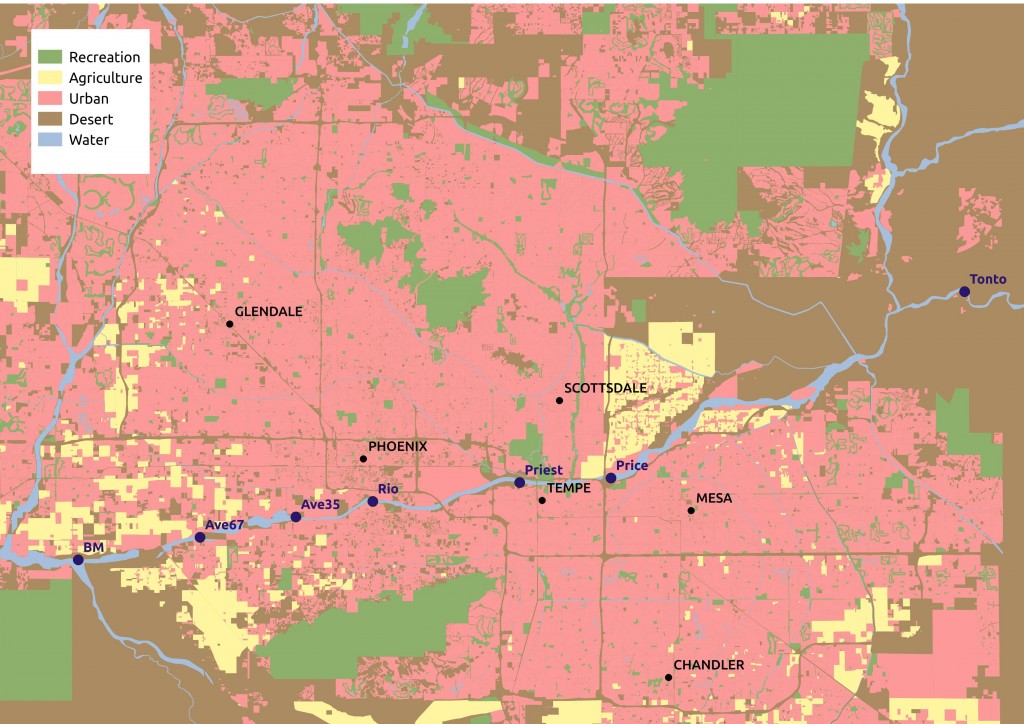 In the southwestern United States, the Salt River has been extensively modified since the early 1900s by upstream dams and diversion canals, resulting in a mostly desiccated river bed throughout most of the greater Phoenix metropolitan area. To restore environmental amenities along the Salt, some portions of the river and its riparian zone have undergone active restoration. Planting of vegetation, irrigation, building of terraces, and garbage removal are among the activities that occur at actively restored areas. At the same time, numerous unintended wetland areas have emerged along the river as a result of urban water source inflows, such as the discharge of municipal effluent, irrigation water, or storm runoff. Unlike actively restored areas, the unplanned wetland areas feature only a volunteer flora.

To investigate the capacity of these novel systems to support wildlife and to assess the efficacy of actively restored systems and unintended wetlands, the CAP LTER began monitoring birds and herpetofauna (reptiles + amphibians) at select locations along the river in 2012. Monitoring locations focus on reaches of the river with different characteristics, including: (1) urbanized with perennial water and actively restored (n=2 reaches), (2) urbanized with perennial water and passively restored (n=2 reaches), (3) urbanized with ephemeral water but not restored (n=2 reaches), and (4) non-urban reference areas with perennial water (n=1 reach). This program expands on bird monitoring that the CAP LTER has been conducting in and around the greater Phoenix metropolitan area, including at numerous riparian sites, since 2000.