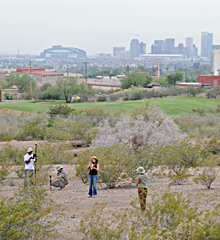 For most of ecology’s history as a discipline, the focus of study was on pristine, wildland sites. Urban areas were seen as human-disturbed ecosystems less worthy of investigation. Urban ecology emerged as an area of research in the latter part of the 20th century, focusing on ecosystem structure and function within cities. The establishment of two long-term ecological research sites in the Phoenix and Baltimore metropolitan areas in 1997 lent credibility to the study of urban ecosystems. 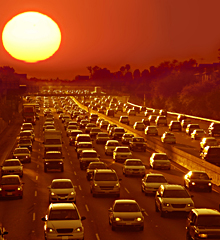 The Urban Heat Island Effect (UHI) is when a city is significantly warmer than the outlying rural area due to the preponderance of concrete and asphalt surfaces that store heat during the day and release it at night. While urban heat islands are present in most large cities, the Phoenix metropolitan area has presented a special case for the study of this phenomenon because of its rapid growth over the last 30 years and the already high summertime temperatures experienced in the valleys of the Sonoran Desert. 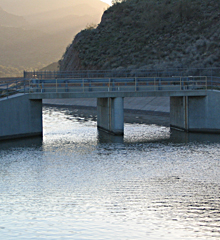 Ecosystem services are the benefits that people receive from their life-supporting environment. These include the “goods” that nature provides to us (i.e. food, water, fiber, energy) as well as soil fertility, air and water quality, pest control, recreation, and aesthetics. Natural systems deliver these services, but humans have also designed or engineered ecosystems to deliver specific services. This ecosystem design is a particular characteristic of cities.

New Theories on the Ecology of the City 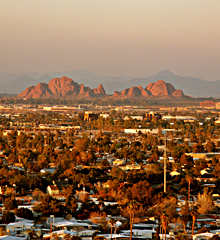 Most ecological theories are based on ecosystem structure and function in non-urban and less human impacted environments. As cities grow and the global population becomes more urban, ecologists need to test their theories in urban settings and to develop new theories that reflect the ecology of cities. 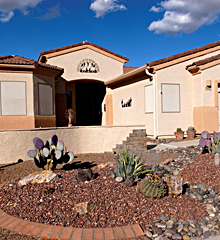 Residential landscapes are a critical ecological feature of the urban ecosystem because they are widespread and are made up of highly-designed and managed combinations of plants (e.g. landscaping) and animals (e.g. pets). As Phoenix has urbanized, native Sonoran desert ecosystems have been replaced by an “urban oasis” that includes both lush, watered lawns and carefully-managed desert-like landscapes. CAP’s socio-ecological research has delved into the household decision-making, perceptions, and priorities that result in particular residential landscapes.