DCDC’s mentoring plan embodies six core competencies, as outlined by the National Postdoctoral Association (NPA, 2014). These proficiencies will be a part of our discussions and activities so that we can improve our mentoring skills through interactions at DCDC: 1) discipline-specific conceptual knowledge, 2) research skill development, 3) communication skills, 4) professionalism, 5) leadership and management skills, and 6) responsible conduct of research.

Abigail Sullivan was a post-doctoral research associate at ASU’s Decision Center for a Desert City from 2016-2018.

Dr. Sullivan is an environmental social scientist studying environmental governance, with a focus on challenging human-environment issues such as invasive species and drought. Abie’s research focused on freshwater governance in the Colorado River basin.

Sullivan’s research has explored a variety of human-environment issues, including managing community forests in Nepal and climate change adaptation in the Colorado River basin. She uses her findings to provide practical insights for local communities and decision makers. One of Sullivan’s recent projects analyzed an ongoing drought policy planning process to understand barriers and facilitators to governance across multiple scales – between federal, state and local decision makers – in the lower Colorado River basin. In another project, Sullivan surveyed public perceptions of climate change and support for water governance transitions in Denver, Las Vegas and Phoenix to inform local decision makers. 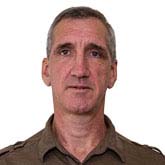 Nigel Forrest is a post-doctoral research associate at ASU’s School of Sustainability and Decision Center for a Desert City.

He manages the Transformational Solutions Research and Education lab where the mission is to execute sustainability transition experiments in the food-energy-water nexus in collaboration with local stakeholders.

His research has included small-scale community-based sustainability transitions and their success factors, and intervention selection processes within municipal sustainability initiatives. He has taught sustainability courses emphasizing transformational methods and solutions at undergraduate and high school levels.

Dr. Bohn joined DCDC in July 2013 after graduating with his Ph.D. from the University of Washington. Originally from Illinois, Ted has lived most of his life on the US West coast (California and Washington) with short stints in Washington, DC and Houston, TX. He holds a Bachelor’s degree in Engineering Physics (U.C. Berkeley), a Master’s degree in Seismology (U.C. Berkeley), and a PhD in Hydrology and Water Resources (Civil Engineering; University of Washington).

His current projects are funded through an NSF Science, Engineering and Engineering for Sustainability (SEES) Fellowship: Atmospheric Water Transport from Mexico to the U.S.: A Holistic, Binational Approach to Reducing Vulnerability to the North American Monsoon. This research consists of two parallel activities:

Ted’s research is jointly tied to Professor Enrique Vivoni in the School of Earth and Space Exploration and Professor Dave White at Decision Center for a Desert City. 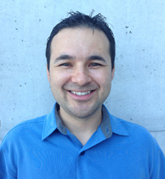 Dr. Moreno joined DCDC in August 2012 after graduating from ASU with his Ph.D. in Civil, Environmental and Sustainable Engineering under the direction of Dr. Enrique Vivoni in the School of Sustainable Engineering and the Built Environment. Hernan’s focus includes modeling and projections of water resources for Arizona under varying conditions of climate and land use change. This work focuses on the estimation of climatic and hydrologic uncertainties to contribute to scientific knowledge as well as to inform decision making in water policy. Stakeholders and academic experts are involved in participatory modeling as an interactive process with benefits for both researchers and practitioners. Specific activities involve the setup of a distributed hydrological model (tRIBS) for the Verde, Tonto and Salt River basins and selection of the appropriate spatial resolution for reducing the computational load, hydrologic calibration and validation using historical information, downscaling of IPCC future climate scenarios and consideration of future vegetation thinning and change. Coupling of climate and landcover scenarios in the hydrologic projections will allow creating a platform for decision making, a connection with reservoir models and DCDC’s WaterSim model. Such a platform will integrate the different scenarios (precipitation, temperature, vegetation cover, etc) with corresponding basin outputs (discharges, evapotranspiration, groundwater, soil moisture, snow and runoff) in a friendly and free source-code GUI for stakeholder engagement and use. Dr. Moreno is currently an assistant professor at the University of Oklahoma. Hernan’s recent publications include:

Dr. Middel received her PhD in Computer Science from the University of Kaiserslautern, Germany. Since joining DCDC in 2009, she has collaborated with the climatologists and geographers on research aimed at understanding the functional relationships between water use, energy use, and land-cover characteristics. Specifically, Ariane’s research interests focus on how urban form, design and landscaping affect urban climate at the micro-scale and local scale. This understanding facilitates the targeting of more effective planning strategies for mitigating the urban heat island. Dr. Middel is currently an assistant research professor in the School of Geographical Sciences and Urban Planning at ASU. Ariane’s recent publications while at DCDC include: 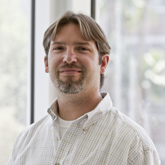 Dr. Ruddell received his PhD from the School of Geographical Sciences and Urban Planning at Arizona State University and was funded jointly by DCDC and the Central Arizona–Phoenix LTER. Ruddell’s research interests focused on issues of climate and society in the urban environment. Ruddell used geospatial technologies to investigate physical and social dimensions of climate and health at multiple scales of analysis (e.g., regional, neighborhood, household). Dr. Ruddell is currently Assistant Professor and Director of Undergraduate of Studies for the Spatial Sciences Institute at the University of Southern California. Darren’s recent publications while at DCDC include: