An Astronaut's View of the Colorado Plateau

via NASA Images Image of the Day 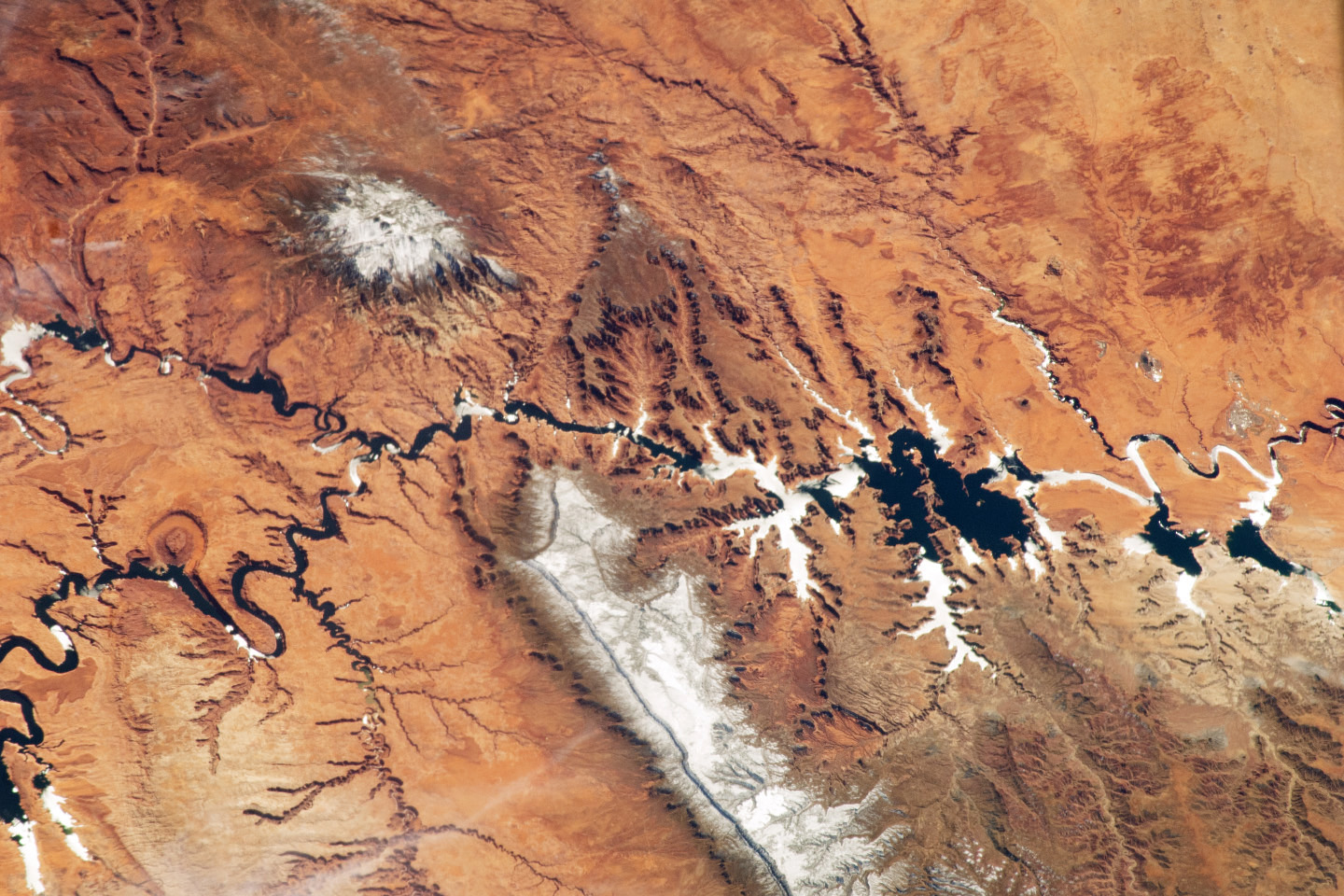 The Colorado Plateau spans northern Arizona, southern Utah, northwestern New Mexico, and southwestern Colorado. This physiographic province is well known for its striking landscapes and broad vistas—an impression that is enhanced by the view from the orbital perspective of the International Space Station. This astronaut photograph highlights part of the Utah-Arizona border region of the Plateau, and includes several prominent landforms.

The Colorado River, dammed to form Lake Powell in 1963, crosses from east to west (which is left to right here because the astronaut was looking south; north is towards the bottom of the image). The confluence of the Colorado and San Juan Rivers is also visible. Sunglint—sunlight reflected off a water surface back towards the observer—provides a silvery, mirror-like sheen to some areas of the water surfaces.

The geologic uplift of the Colorado Plateau led to rapid downcutting of rivers into the flat sedimentary bedrock, leaving spectacular erosional landforms. One such feature, The Rincon, preserves evidence of a former meander bend of the Colorado River.