Over time we have expanded our focus geographically and support policy-makers and stakeholders in a variety of policy forums and locales. 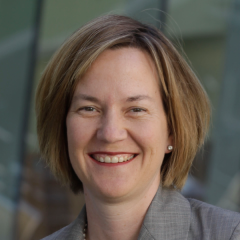 Kris Mayes is the Founding Faculty Director of the Program on Law and Sustainability at Arizona State University’s Sandra Day O’Connor College of Law and is a member of the faculty at ASU’s Global Institute of Sustainability. Mayes served as an Arizona Corporation Commissioner from 2003 to 2010, where she was also its Chairman for two years. During her tenure at the ACC, Mayes co-authored Arizona’s Renewable Energy Standard, and was a driving force behind the Commission’s adoption of one of the nation’s most ambitious Electric Energy Efficiency Standards. She received her bachelor’s degree in political science and law degree from ASU and a Master of Public Administration from Columbia University in New York. 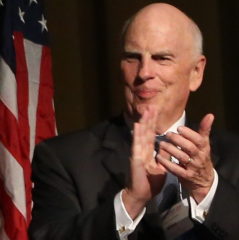 Dr. Pasqualetti holds academic degrees from the University of California (Berkeley), Louisiana State University (Baton Rouge), and the University of California (Riverside). Since 1972 he has focused his research, teaching and writing on four energy topics: renewable energy, societal costs of energy, energy security, and energy landscapes. On these themes he has published about 75 articles and five books. He was twice appointed Chairman of the Arizona Solar Energy Advisory Council by the Governor of Arizona. In addition, he is a member of the Board of Directors of the Arizona Solar Center, and part owner of Strategic Solar Energy (developer of PowerParasol™). He received a “Lifetime Achievement Award” from the Renewable Energy Task Force, was voted “Environmental Educator of the Year” by the Arizona chapter of the Association of Energy Engineers, and was nominated as Professor of the Year at ASU in 2011 and Faculty of the Year in the College of Liberal Arts and Sciences in 2012. He has served as an advisor the U.S. Department of Energy, the National Academy of Sciences, and the U.S. Office of Technology Assessment.

At Arizona State University, Dr. Pasqualetti regularly teaches several energy courses, including Energy and Environment, Reading the Energy Landscape, Solar Energy and Policy, and Energy in the Global Arena. He is preparing a new entry-level course called The Thread of Energy. He also is a frequent speaker, having made over 200 presentations on various aspects of energy in 17 of the United States, 3 provinces of Canada, Mexico, England, Scotland, the Czech Republic, Belgium, Singapore, and China. Maren Mahoney is an attorney with a Master’s degree in Sustainability at ASU’s School of Sustainability, and is a Senior Sustainability Scholar in the Global Institute of Sustainability and Innovation at ASU. She attended New York Law School as a Harlan Scholar and worked at the School’s Center for New York City Law. During her law school summers she also worked at the New York City Office of Environmental Coordination and at a refugee and asylum law firm. She graduated with a Certificate in Public Service. After law school, she practiced law in Manhattan until she decided to return to graduate school to pursue her interest in science policy. As a Master’s student, she co-founded The Sustainability Review, established The Sustainability Review graduate workshop course for editors, and served as its first editor-in-chief. Maren also worked in the Salt River Project’s legal department and as a teaching assistant for the undergraduate course Sustainability and Society. Her undergraduate degree is from Bishop’s University in Quebec, Canada. 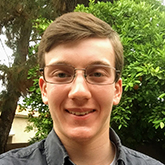 Nathaniel Anbar is a first-year undergraduate student at the Ira A. Fulton Schools of Engineering majoring in Chemical Engineering and minoring in Political Science. In addition to his work for EPIC he is currently involved in research concerning the impact of deliberation on public opinion about climate change. An avid follower of state and national politics, Nathaniel has participated in multiple political campaigns including as a Field Fellow for the Arizona Democratic Legislative Campaign Committee during the 2018 midterm elections. His interests include micro-grid technology, renewable energy policy, sustainability, and local politics. 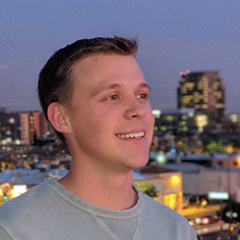 Cole Pihl is a graduate from the University of Arizona with a Bachelor of Science in Environmental Sciences and is currently work at the Arizona Department of Environmental Quality. He is also pursuing a Master of Public Policy degree with an emphasis in Environmental Policy from the Watts College of Public Service and Community Solutions. He aspires to work in the clean energy policy sector in order to solve some of its most pressing challenges and mitigate the effects of climate change. This is includes topics ranging from the promotion of renewable energy generation to energy storage technology and grid infrastructure improvements.