Arizona State University is a leader in sustainability solutions, education, engagement and research. Founded in 2004, the university’s Julie Ann Wrigley Global Institute of Sustainability is home to more than 350 sustainability scientists and scholars, who represent the natural and social sciences, medicine, engineering, mathematics, humanities and the arts.

Eight ASU sustainability experts will be in attendance at the 2015 United Nations Framework Convention on Climate Change Conference of the Parties in Paris, France. Connect with them by email, and learn more about these scholars and their work here.

Associate Professor, School for the Future of Innovation in Society
Netra.Chhetri@asu.edu
Expertise: Connecting science to policy; adapting to climate change 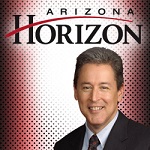 “To some extent, any incoming [U.S.] president, if they decided that climate change was not a major global issue, would find themselves in such a minority position globally that they would have very little traction on any other issue. There is no country – with the exception of Syria and North Korea, who have other issues right now – that would be the company that the United States would keep if we decided it was not an issue.” –Sonja Klinsky 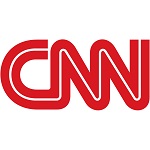 “The Obama administration also argues the agreement can be ratified by an executive action, meaning it won’t have to go before the U.S. Senate, where many members of the GOP majority are skeptics of climate science and resist action. That argument should hold, said Dan Bodansky of the Center for Law and Global Affairs at Arizona State University who has followed climate negotiations for decades. ‘It seems like this is the kind of agreement the president can join on his own,’ he said.”

If the Paris Climate Talks End in an Agreement, Thank the French
December 11, 2015
By Nick Stockton, Wired

“That said, this version of the agreement is actually starting to look like an agreement. Today’s bracket-count is a solid 50, down from 361 in Wednesday’s draft. ‘To extent that unbracketed sections of text reflect agreement, it seems like a lot has been streamlined,’ says Dan Bodansky, a legal expert on climate change at Arizona State University’s Sandra Day O’Connor College of Law.” 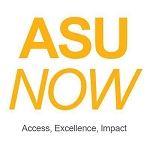 “The French are doing an amazing job convening this, but the reality is that climate negotiations are probably the toughest global negotiations we have (certainly the hardest environmentally related negotiations) because of the huge diversity of players and the complicated nature of the topic.” –Sonja Klinsky 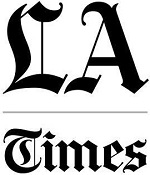 Who pays for change remains a key question at the Paris climate talks
December 9, 2015
By Christina Boyle, Los Angeles Times

“Adaptation finance is the recognition that there are real costs associated with climate impacts and developing countries do not have the resources themselves to deal with those costs,” said Sonja Klinsky, senior sustainability scientist at the Julie Ann Wrigley Global Institute of Sustainability at Arizona State University. “They would have to divert funds from absolutely core elements of their own developments, which would be fundamentally unfair.”

Fairness Out, Shame in. The Psychology of the Paris Climate Talks
December 9, 2015
By Katie Worth, FRONTLINE

“A 2014 study by Arizona State University climate psychology researcher Manjana Milkoreit examining the emotional experience of climate negotiators concluded that they… experienced [the dangers of climate change] as a deeply personal threat ‘over which other negotiation participants have significant control.’ This personal investment, the research found, can lead climate negotiations away from arguments rooted in economics, and instead frame talks in more human terms. Klinsky said negotiators can be influenced by having other delegates look them in the eye and make a moral appeal.”

“Arizona can’t solve the problem itself. Arizona contributes a small fraction of global emissions. It requires an international effort to reduce emissions, to reduce the impacts that are ultimately going to be felt in places like Arizona.” –Daniel Bodansky

“The Southwest is actually quite vulnerable to some fairly serious climate impacts…. And Arizona is particularly well-placed to be a leader on solar energy. So Arizona has an opportunity in this space as well as a potential threat.” –Sonja Klinsky 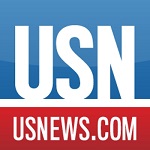 “There are no easy answers. But there are examples of international agreements without binding rules that nonetheless have had an impact on how countries behave, according to environmental law expert Dan Bodansky of Arizona State University. In a recent academic article, Bodansky wrote that the 1975 Helsinki Declaration on human rights was successful despite its non-legal nature, ‘because of its regular review conferences … which focused international scrutiny on the Soviet bloc’s human rights performance.’”

Opinio Juris: Blog Updates from the U.S. and Paris
By Daniel Bodansky, Contributor

Follow blog updates from Daniel Bodansky, both from the U.S. and from Paris, on Opinio Juris. Professor Bodansky has consulted for the government of Switzerland and the Center for Climate and Energy Solutions (C2ES) in relation to the Paris Summit. For this blog, he writes in his personal capacity and the views expressed do not necessarily represent those of the Swiss government or C2ES. Opinio Juris is a forum for informed discussion and lively debate about international law and international relations.

What can we expect from Paris climate talks?
November 29, 2015
ASU Now

“Climate change has not always been, and does not need to be, a partisan issue. Climate action is very possible in the United States, and in many ways could improve our position globally in terms of innovation and market share.” –Sonja Klinsky 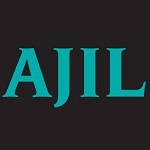 Should We Care What the Pope Says About Climate Change?
November 25, 2015
AJIL Unbound

“Any impact of the Encyclical, Bodansky argues, will likely have more to do with the person of the author than the novelty of the arguments, which draw on themes familiar from the environmental movement. And while agreeing that climate change is a moral issue, Bodansky warns that it is an economic and technological one too. Economic and technological tools may help us to address the problem, and should not be rejected out of hand.”

“Bodansky pointed out that even non-binding international agreements have had success, citing the 1975 Helsinki Accords on human rights. In the case of INDCs, if the contributions turn out to be voluntary, even if the process of reporting and monitoring is mandatory, President Obama could treat them as an executive agreement, avoiding a showdown with Congress.” 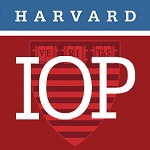 Panelists at the Harvard Kennedy School, including Sustainability Scientist Daniel Bodansky, expressed optimism about the U.N. climate conference set to begin in Paris on Nov. 30, calling U.S. participation on the heels of domestic climate-related moves a “game-changer.” Still, they took care to point out that progress, not a solution, is the best-case scenario for the talks.

“One of the real contributions the United States has made is bringing a better recognition of the importance of local action to the issue. American negotiators have really emphasized the importance of city level and state level engagement and the role of industry, which is pretty groundbreaking in the climate space.” –Sonja Klinsky

How Cities Can Track Down Their Climate Mistakes
December 2, 2014
By Rebecca Tuhus-Dubrow, Next City

“One of the goals is to provide individual city governments with insights into how to most efficiently invest in emissions reductions…. According to Gurney, most cities are looking for ways to reduce emissions that will also entail other payoffs.”

Arizona State University sustainability scientists and scholars were asked to identify their top climate-related publications and describe them in their own words. Following are their submissions.

How to Create an Equitable Climate Agreement

For more than two decades, crafting global actions that all nations believe to be equitable has been a central challenge for international climate policy. A new approach is required to resolve this challenge. Building on the experiences of 23 countries, this report demonstrates that climate action and equity can be mutually supportive and that well-designed climate policies can strengthen the capabilities of the least well-off and most vulnerable. –Sonja Klinsky


What Climate Negotiators are Thinking 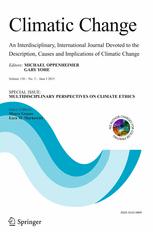 Climate negotiators are moral actors. Many negotiators experience climate change not as an impersonal threat posed by the environment, but rather as an “up, close and personal” threat, over which other negotiation participants have significant control. –Manjana Milkoreit

How Cities Can Mitigate Carbon Emissions 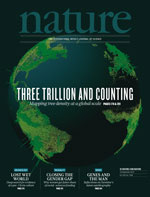 The carbon science community has made considerable progress in modeling and monitoring carbon flows in cities. This progress can enable the recently emerging role of cities as important sources of carbon mitigation and policy focus. –Kevin Gurney


How Agriculture Can Adapt to Climate Change

Climate adaptation efforts may be strengthened by increasing participation of a variety of actors, increasing flexibility, considering local contexts, improving sustainability, and decreasing dependence on outside intervention. –Netra Chhetri

Nepal’s agricultural research establishment has developed a novel multilevel institutional coalition, including alliance with farmers and NGOs, at critical stages of technological innovation. This coalition, enhanced through the practice of participatory engagement, has fostered a knowledge network among institutions, scientists and farmers, enabling them to seek technologies that are robust and likely to adapt to changing climate. –Netra Chhetri

The development of technological innovations accompanied by changes in agricultural policies may help farmers to make transition to uncertain climate. –Netra Chhetri