Complexity is an inescapable aspect of environmental decision making as individuals and institutions try to make informed choices with complex and uncertain information.

One major challenge stems from the need to communicate complexity and frame information in a way that is relevant and useful for decision makers.

In this Water/Climate Briefing, our panelists will discuss techniques – such as information products/simulation models, scenarios, and decisional games – for communicating complexity in policy and governance processes for water sustainability and climate change adaptation.

Panelists will describe examples at multiple scales – from water management in Phoenix to global climate change negotiations – that illustrate the challenges and opportunities of communicating complexity. 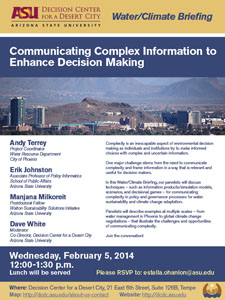 Arizona’s Next Century: A Strategic Vision for Water Supply Sustainability

January 14, 2014. A press release from Arizona Department of Water Resources.

PHOENIX- The Arizona Department of Water Resources released a report, Arizona’s Next Century: A Strategic Vision for Water Supply Sustainability, that provides a foundation for Arizona’s continued economic prosperity and growth in its next Century. The Strategic Vision assesses current and projected demands and water supplies that have been identified in recent reports and provides potential strategies that will help Arizona meet its future needs. Recent studies have identified the potential for a long-term imbalance between available water supplies and projected water demands over the next 100 years if no action is taken. 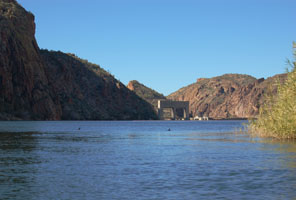 The Strategic Vision creates the framework for addressing future water supply challenges and helps to secure sufficient and dependable water supplies for Arizona. The Strategic Vision has been prepared at the request of Governor Brewer and is identified as part of her January 13, 2014 “The Four Cornerstones of Reform”, building on Arizona’s past successes to meet our future challenges in water supply sustainability.

“While, the State as a whole is not currently facing an immediate water crisis, Arizona is at a point where it must begin to face future water supply and management challenges,” said Arizona Department of Water Resources Director, Sandy Fabritz-Whitney. “We are at the crossroads of having to decide what actions we will take to face those challenges. Now is the time to begin addressing this challenge. The Strategic Vision for Arizona is a necessary next step in continuing to ensure that Arizona has sufficient and sustainable water supplies.”

Over the next 25 to 100 years, Arizona will need to identify and develop additional water supplies to meet projected growing water demands. While there may be viable local water supplies that have not yet been developed, water supply acquisition and importation will be required for some areas of the State to realize their full growth potential.

“Arizona’s future success depends on how effectively we continue to manage our water resources and develop new water supplies and infrastructure. Our past and present success, while noteworthy and vital to our way of life, cannot sustain Arizona’s economic development forever and we must continue to plan and invest in our water resources” said Director Fabritz-Whitney.

The Arizona Department of Water Resources will begin a statewide outreach tour to present the Strategic Vision and receive input from local stakeholders and other interested parties.

The report and presentation dates are available at: ADWR. 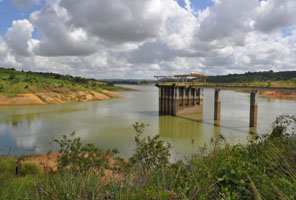 Read the entire article at Hydrology and Earth Systems Sciences.

By Michael Wines via The New York Times on January 5, 2014

The sinuous Colorado River and its slew of man-made reservoirs from the Rockies to southern Arizona are being sapped by 14 years of drought nearly unrivaled in 1,250 years. 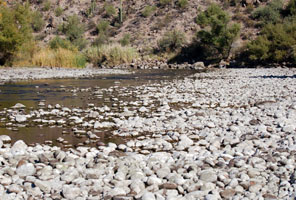 The once broad and blue river has in many places dwindled to a murky brown trickle. Reservoirs have shrunk to less than half their capacities, the canyon walls around them ringed with white mineral deposits where water once lapped. Seeking to stretch their allotments of the river, regional water agencies are recycling sewage effluent, offering rebates to tear up grass lawns and subsidizing less thirsty appliances from dishwashers to shower heads.

But many experts believe the current drought is only the harbinger of a new, drier era in which the Colorado’s flow will be substantially and permanently diminished.

Faced with the shortage, federal authorities this year will for the first time decrease the amount of water that flows into Lake Mead, the nation’s largest reservoir, from Lake Powell 180 miles upstream. That will reduce even more the level of Lake Mead, a crucial source of water for cities from Las Vegas to Los Angeles and for millions of acres of farmland.

Reclamation officials say there is a 50-50 chance that by 2015, Lake Mead’s water will be rationed to states downstream. That, too, has never happened before.

“If Lake Mead goes below elevation 1,000” — 1,000 feet above sea level — “we lose any capacity to pump water to serve the municipal needs of seven in 10 people in the state of Nevada,” said John Entsminger, the senior deputy general manager of the Southern Nevada Water Authority.

Since 2008, Mr. Entsminger’s agency has been drilling an $817 million tunnel under Lake Mead — a third attempt to capture more water as two higher tunnels have become threatened by the lake’s falling level. In September, faced with the prospect that one of the tunnels could run dry before the third one was completed, the authority took emergency measures: still another tunnel, this one to stretch the life of the most threatened intake until construction of the third one is finished.

These new realities are forcing a profound reassessment of how the 1,450-mile Colorado, the Southwest’s only major river, can continue to slake the thirst of one of the nation’s fastest-growing regions. Agriculture, from California’s Imperial Valley to Wyoming’s cattle herds, soaks up about three-quarters of its water, and produces 15 percent of the nation’s food. But 40 million people also depend on the river and its tributaries, and their numbers are rising rapidly.

Continue the article and view multimedia at The New York Times.

From Channel 12 News in Phoenix, watch Brahm Resnik’s interview with DCDC Director, Dave White, to get his take on the recent New York Times article by Michael Wines on drought in the West. Check out the video at AZCentral.com.

Read more about drought in the West from DCDC 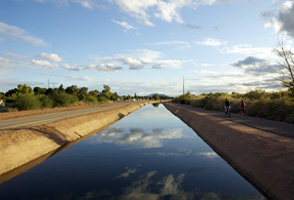 Water is vital to a productive and growing economy in the United States, and directly affects the production of many goods and services. While some data are available about how important clean and available water is to various economic sectors–including agriculture, tourism, fishing, manufacturing, and energy production — the information is often dispersed and incomplete. Additionally, understanding the economic significance of water is difficult because it depends upon several interacting elements: the volume supplied, where and when it is supplied, whether the supply is reliable, and whether the quality of the water meets the requirements of its intended use.

Download the “The Importance of Water to the U.S. Economy” Synthesis Report.