This summer, California’s water authority declared that wasting water — hosing a sidewalk, for example — was a crime. Next door, in Nevada, Las Vegas has paid out $200 million over the last decade for homes and businesses to pull out their lawns. 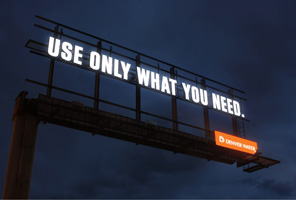 It will get worse. As climate change and population growth further stress the water supply from the drought-plagued West to the seemingly bottomless Great Lakes, states and municipalities are likely to impose increasingly draconian restrictions on water use.

Such efforts may be more effective than simply exhorting people to conserve. In August, for example, cities and towns in California consumed much less water — 27 billion gallons less —than in August last year.

But the proliferation of limits on water use will not solve the problem because regulations do nothing to address the main driver of the nation’s wanton consumption of water: its price.

“Most water problems are readily addressed with innovation,” said David G. Victor of the University of California, San Diego. “Getting the water price right to signal scarcity is crucially important.”

The signals today are way off. Water is far too cheap across most American cities and towns. But what’s worse is the way the United States quenches the thirst of farmers, who account for 80 percent of the nation’s water consumption and for whom water costs virtually nothing.

Adding to the challenges are the obstacles placed in the way of water trading. “Markets are essential to ensuring that water, when it’s scarce, can go to the most valuable uses,” said Barton H. Thompson, an expert on environmental resources at Stanford Law School. Without them, “the allocation of water is certainly arbitrary.”

Read the entire article at The New York Times.